POMPANO BEACH GETTING READY FOR MCNAB HOUSE MOVE THIS WEEKEND

To ensure the public’s safety, there will be no access to Atlantic Boulevard for vehicles or pedestrians, including sidewalks, for the duration of the move, according to city officials. The move is expected to last until 12pm.

Free parking for the public will be available behind the Chase Bank and Bank of America buildings located at 2335 E. Atlantic Boulevard.

Pat Burdette, owner of Modern House & Building Movers, based in Orlando, and his team, have been preparing the two-story house, as well as the detached two-story garage, for the relocation since last September.

The house was excavated, hydraulically loaded onto a framework of steel beams placed under the foundation of the structure, and then raised up using a hydraulic jacking system and wood cribbing. The same process was used for the home’s garage. Hydraulic dollies equipped with eight aircraft tires each have been placed beneath the steel beams for transport of the structures to McNab Park.

The house has been rotated 180 degrees so that the front porch will be facing north when it’s brought to McNab Park.

The route for the McNab House move will be straight down East Atlantic Boulevard, using the eastbound and westbound lanes, which will include crossing over Federal Highway.

DETAILS FOR THE McNAB HOUSE MOVE

The Broward Sheriff’s Office (BSO) will handle traffic control as the house and garage move from their current site to McNab Park, a distance of about 1,800 feet. The five blocks of Atlantic Boulevard affected by the move will be shut down and reopened in increments, not all at once.

When the house and garage are actually moving, it will be at a maximum speed of 2 mph. Burdette expects it will take from about 7am until 12pm to complete the move.

“It will be a snail’s pace,” said Burdette.

Burdette said he will pull the house down Atlantic Boulevard with two four-wheeled front-end loaders and a truck. The garage will follow behind the house, pulled by a front-end loader as well. The house will straddle the median. A few palm trees will have to be removed from the median, but will be put back after the move.

According to Nguyen Tran, director of the Pompano Beach Community Redevelopment Agency (CRA), which is carrying out the project, the house will be placed at the northeast corner of the park fronting Atlantic Boulevard, and the garage will be placed to the west of the house. The house, will be converted into a restaurant. The garage will be repurposed as a coffee bar, eating area or some other use tied to the restaurant.

The civic building and shuffle board courts that were in McNab Park were demolished last week to make way for the house and garage.

Prior to the move this Sunday, Burdette and his crew will be excavating at McNab Park to accommodate the new foundations that will be built beneath the house and garage.

The cost for Modern House & Building Movers to relocate the house and garage is $448,000. The CRA will spend a minimum of $2.7 million on capital improvements in the park, which is in the city’s East CRA District. The project will take place over the next two to three years.

“Right now, our focus is on the house, garage and botanical garden at the northern end of the park,” said Tran. “We have no intention to make any improvements to the remainder of the park until further directed.”

The original deadline to move the house and garage was Jan. 26, 2020, but more time was needed to obtain the necessary permits and to put a logistics plan in place.

The McNab House is one of the oldest houses in Pompano Beach. It originally belonged to Robert McNab, one of the city’s earliest settlers, who came to Pompano in 1898, along with his brother, William “Harry” McNab. They farmed the land that today is along South Federal Highway.

McNab Park consists of 2.5 acres of land that was donated by the McNab brothers to the City of Pompano Beach.

The McNab House move from its existing site to the park is because a private developer purchased the land from the McNab family in December 2018 and has plans to build a mixed-use redevelopment project, called Atlantic One, with 304 residential units and retail space.

POMPANO BEACH GETTING READY FOR MCNAB HOUSE MOVE THIS WEEKEND 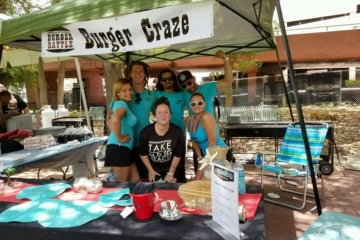