Hundreds of people gathered along Atlantic Boulevard early Sunday morning to watch as the historic McNab House was moved from its original site at 1736 E. Atlantic Boulevard five blocks east to its new home in McNab Park. The 1,800-foot journey took approximately 11 hours to complete.

The relocation of the two-story house, as well as the detached two-story garage, was expected to last from about 7am until 12pm, but there were delays in utility companies getting power lines and five traffic signal mast arms out of the way. The move was completed at about 6pm.

“All we can do is guess about how long it will take to do this and do that,” said Pat Burdette, owner of Modern House & Building Movers, based in Orlando, “but the main thing is everybody has to make sure it’s done safely.”

Everything went “basically as planned,” said Burdette, even though it took longer than expected.

Burdette and his two employees excavated and prepared the McNab House and garage for transport, a five-month-long process that began last September. On moving day, they were assisted by five people from two other moving companies – Youngblood & Sons Building Movers in Sanford, Florida, and Russell Building Movers in Miami.

The house and garage were transported on hydraulic dollies that were placed beneath steel beams supporting the foundations of the structures. The house was pulled by one four-wheeled front-end loader and a truck. The garage followed behind the house, pulled by a front-end loader as well.

The house straddled the median of Atlantic Boulevard, while the garage traveled in the eastbound lanes.

One of the most critical aspects of the transport was getting the house and garage over the curbs.

The moving crew placed about 50 rectangular steel plates over the curbs at the old site and at McNab Park, as well as over portions of the median in Atlantic Boulevard, to serve as a ramp for the structures to travel over. Each steel plate had to be put on a front-end loader separately and then lowered into place, which was a time-consuming process.

The house was placed at the northeast corner of McNab Park fronting Atlantic Boulevard, where the recently-demolished civic building and shuffle board courts once stood. The garage was placed to the west of the house.

The house will be converted into a restaurant. The garage will be repurposed as a coffee bar, eating area or some other use tied to the restaurant, according to Nguyen Tran, director of the Pompano Beach Community Redevelopment Agency (CRA), which is carrying out the project.

The house was placed in the park at an angle. Burdette said the house should be rotated in a week to 10 days, so it directly faces Atlantic Boulevard. Prior to that, Burdette might need to do additional excavating because there may be plans to create a basement, or wine cellar, beneath the house. The garage also needs to be put in its final position.

Next, the dollies will be removed from under the house and garage, and the structures will be placed on wood cribbing to keep them above ground while the new foundations are built.

“It’s about preserving our history,” said Hardin. “It’s great that we’re able to do this so people can remember what Pompano Beach was.”

The CRA will spend a minimum of $2.7 million on capital improvements in the north portion of McNab Park, which is in the city’s East CRA District. The project will take place over the next two to three years.

The McNab House is one of the oldest houses in Pompano Beach. It originally belonged to Robert McNab, one of the city’s earliest settlers, who came to Pompano in 1898, along with his brother, William “Harry” McNab. They farmed the land that today is along South Federal Highway.

McNab Park consists of 2.5 acres of land that was donated by the McNab brothers to the City of Pompano Beach.

“We are so grateful that this came to fruition today,” said Peters, “and that the people of Pompano are going to be able to enjoy the house like we have for so many years.”

The McNab House was moved from its original site to the park because a private developer purchased the land from the McNab family in December 2018 and has plans to build a mixed-use redevelopment project, called Atlantic One, with 304 residential units and ground-floor retail space. 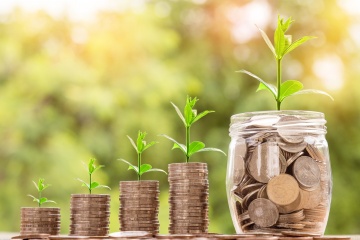