While scrolling through Facebook, I came across one of the most powerful posts I had ever read, a repost from Pompano Beach Mayor Hardin.

It was a brilliant explanation of what “white privilege” means. While the Mayor often posts about social and racial issues, especially as they relate to our city, this message was different. It was bound to be controversial, making some white people defensive and some black people say the city isn’t doing enough to battle systemic racism. There was little political benefit in Hardin reposting the message.

I asked him what prompted his repost. Hardin told me he thought it was an “excellent explanation of how we got where we are [without being] an indictment of [anyone] today.” Despite the possible backlash, he thought the post was worthwhile, “Everyone [is always] so careful about everything. You run for office to lead and [that means you are] supposed to do the right thing.”

Kudos to Pompano Beach Mayor Hardin for having the courage to share this message with us in a most hectic and volatile time.  Sometimes politicians really do the right thing simply because it is the right thing to do.

Although I wasn’t able to track down the post’s original author, I was inspired by Hardin to share it with you.

400 years ago white people brought black people over here and enslaved them.  And sold them.  And treated them as less than human.  For 250 years.  While white men built the country and created its laws and its systems of government. While 10, 15 generations of white families got to grow and flourish and make choices that could make their lives better.

And then 150 years ago white people “freed” black people from slavery.  But then angry white people created laws that made it impossible for them to vote.  Or to own land.  Or to have the same rights as white people.  And even erected monuments glorifying people who actively had fought to keep them enslaved. All while another 5, 10 generations of white families got to grow and accumulate wealth and gain land and get an education.

And then 60 years ago we made it “legal” for black people to vote, and to be “free” from discrimination.  But angry white people still fought to keep schools segregated.  And closed off neighborhoods to white people only.  And made it harder for black people to get bank loans, or get quality education or health care, or to (gasp) marry a white person.  All while another 2-3 generations of white families got to grow and pass their wealth down to their children and their children’s children.

And then we entered an age where we had the technology to make PUBLIC the things that were already happening in private– the beatings, the stop and frisk laws, the unequal distribution of justice, the police brutality (police began in America as slave patrols designed to catch runaway slaves).  And only now, after 400+ years and 20+ generations of a white head start, are we STARTING to truly have a dialog about what it means to be black.

It DOES mean that we need to acknowledge that the system our ancestors created is built FOR white people. 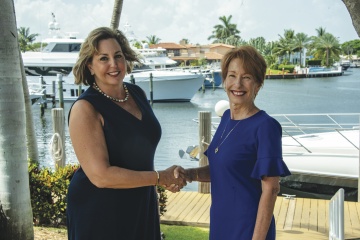