POMPANO BEACH INNOVATION DISTRICT UPDATE: The City of Pompano Beach and the Pompano Beach Community Redevelopment Agency (CRA) may be getting closer to selecting a master developer for a roughly $1 billion project that would create a “dense urban downtown,” including an area designated as the “Innovation District.”

During a virtual public meeting held on Thursday, a review committee voted 11 to 4 in favor of moving a proposal submitted by E2L Real Estate Solutions to the next step of the selection process, which will be a full presentation given by E2L to the City Commission and CRA Board at an upcoming meeting.

Because of the importance and magnitude of the project, the presentation will take place sometime in the future when the City can resume holding live meetings, so the public can be present and fully participate.

E2L, based in Winter Park, was one of three firms short-listed in the first phase of the search for a qualified master developer, which was initiated last May.

Prospective applicants were invited to submit letters of interest demonstrating their experience in projects of similar scope, as well as their financial capability to undertake the project. The City received eight responses.

In the second phase, the short-listed firms were invited to provide their proposals for executing the master development of the downtown and Innovation District. E2L was the only firm to submit a proposal, which was due by March 5. The other two firms ultimately decided not to participate.

According to the CRA and the city’s purchasing department, a special process was used to create the 15-member review committee due to the size, scope and long-lasting impact of the project. Normally, a review committee consists of three to seven people.

Each City Commissioner, including the Mayor and Vice Mayor, selected one community leader from their district to be on the committee, which is not part of the usual process. The committee also consisted of one representative from the Northwest CRA district, one representative from the East CRA district, members of City staff, and others with relevant expertise.

The area to be redeveloped straddles the four quadrants of the Atlantic Boulevard and Dixie Highway intersection. An initial phase of development could include 750,000 square feet of office space, 165,000 square feet of retail, 35,000 square feet of restaurant use, 1,500 residential units, up to 420 hotel rooms, and education opportunities. The current zoning allows for a maximum building height of 105 feet.

The plans also include building a new City Hall and ancillary government offices in the Pompano Beach Innovation District or downtown core.  Last year, the city revealed rough plans for the new City Hall and municipal complex and estimated the project would cost $96 million.

Also envisioned for the project is a new system of self-contained, linear waterways, which would create a scenic setting for outdoor cafes, restaurants, shops, offices and mixed-use residential buildings. The waterways would also serve as an innovative drainage system.

The entire project is anticipated to be designed and developed over the next two decades.

Some review committee members who voted in favor of moving E2L’s proposal to the next step said the conceptual master plan is a good, basic blueprint, but needs more walkability and connectivity, and a stronger sense of place, which can be worked out later during the design process.

Concern was expressed by one committee member that the plan calls for developing residential units on the parking lot behind the existing City Hall, before City Hall is moved to its new site.

One of the committee members who voted against E2L’s proposal was Whitney Rawls, chair of the Northwest CRA Advisory Committee.

He said that not having any other proposals to compare it to was “a big issue” for him.

Rawls also had some issues with the conceptual master plan, including the placement of the new City Hall on the MLK Boulevard corridor, taking the place of the existing E. Pat Larkins Community Center, which would be pushed east toward Dixie Highway.

The plan also calls for relocating the Broward County transit center, or bus station, currently on the southwest corner of MLK Boulevard and Dixie highway, in order to build a residential tower.

The transit center would be moved across the street to 2.25 acres of vacant land known as the “Gateway” site. Rawls asked why the residential units couldn’t be built there, instead of moving the transit center, which he predicted would not be well-received by the community.

Joseph Wells, who was appointed to the review committee by Commissioner Beverly Perkins of District 4, voted against the proposal. He said he loved the design, but his biggest concern was the impact it would have on the northwest community.

Tom DiGiorgio, chair of the city’s Economic Development Council, also voted not to move the proposal forward. He said overall “it’s an extremely well-thought-out plan,” but he was concerned there was only one proposal to review.

“I am struggling with one submission a lot more than I thought I would,” he said.

It was noted during the review meeting that post-COVID-19 America is going to be different, and the initial vision for the project may need to be adapted as it moves forward.

“This is a very complicated project,” said Assistant City Manager Suzette Sibble, a member of the review committee.

Sibble said it’s going to be challenging “no matter what partner we team up because it’s such a multi-faceted project with numerous phases.”

“Perhaps that’s why we started out with eight proposals and now we’re down to one,” she said.

Jean Dolan, a principal planner with the city’s Development Services Department, and a member of the review committee, agreed E2L’s proposal should move forward, but said that a “crystal waterway” in the master plan concept, although beautiful, appeared to be just an amenity to create a nice view from the office buildings, and was not worth the investment if it was not part of the drainage system.

Dolan was also concerned that the conceptual master plan places the new City Hall, a tax-exempt building, on one of the most valuable pieces of property in the downtown. She said tax-exempt buildings should be kept in the areas that are least desirable to private development.

CRA Attorney Claudia McKenna told the review committee: “I think a lot of you pointed out some really important things that you felt would have an impact on the community, and that the community would want to weigh in on.”

McKenna and the City Attorney are still working out the details for E2L’s upcoming public presentation of their proposal, but it will most likely take place at a joint meeting of the City Commission and the CRA Board, which are the same governing body. 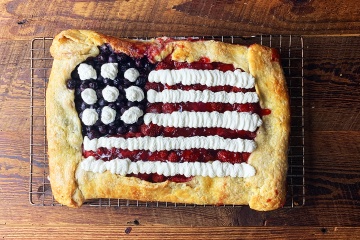