HIDDEN HARBOUR PROJECT: The Planning and Zoning Board on Tuesday unanimously approved the site plan for a 300-unit mixed-use development project off N. Federal Hwy in Pompano Beach. It was one of the last steps of an approval process that began several years ago, starting with a land use change, and then rezoning the property, while creating controversy among residents in the neighborhood.

The project, called Harborside At Hidden Harbour, is planned for a site located east of Federal Highway, north of NE 14th St. Causeway and south of NE 16th Street, with NE 23rd Avenue running north-to-south through the middle of it. The site is being developed by the owner of the adjacent Aquamarina Hidden Harbour marine facility, which will be incorporated into the project.

The building fronting Federal Highway will include a ground-floor restaurant and bar with indoor and outdoor seating and a view down the Caliban Canal, as well as a marine retail space and showroom. At the south end of the building, there will be a 9-story parking garage with 574 spaces.

The roof of the parking garage will have a pool deck with an outdoor kitchen, billiards and other private amenities. From the deck, there will be views of the canal to the east and the golf course to the west. The 9th floor will also have a clubhouse and fitness center.

A ‘paseo’ is planned as part of the building along Federal Highway, providing both access into the development as well as creating a view corridor from Federal Highway along the canal.

Pedestrian promenades are planned along the waterway on NE 23rd Avenue and NE 16th Street. The marina’s existing dry boat storage building will remain, as well as boat slips for use by customers of the marina.

The Hidden Harbour project originally included a 7-story pedestrian bridge over NE 23rd Avenue connecting the building on Federal Highway with the building on NE 16th Street, starting at the third floor. It also called for portions of 32 residential units to be built over the east and west sidewalks of NE 23rd Avenue, supported by columns and creating an arcade on each side of the avenue.

Those two elements were removed from the plans after the City Commission and residents expressed concern about putting private residences in a public right-of-way.

In the revised plans, a portion of a small, grassy lot on the north side of NE 16th Street that the developer set aside for use as a public park is now slated as a valet parking area for residents of the building on NE 16th Street. The previous plan required those residents to park in the garage in the building fronting Federal Highway, and then walk to their units using the pedestrian bridge.

An integrated valet drop-off area with five stacking spaces will be in front of the building on NE 16th Street, off the public right-of-way. The lot across the street will have nine spaces dedicated for use as an additional staging area in the event of a back-up.

At City Commission meetings and community meetings, a number of residents consistently opposed the project, voicing concern about increased traffic, the building heights, the density, and more recently, the valet parking on NE 16th Street.

At Tuesday’s Planning and Zoning board meeting, the City’s traffic consultant said a valet operation analysis submitted by the developer was reviewed and found to be sufficient. Valet parking is also planned in front of the restaurant entrance on NE 23rd Avenue. As the valet parking gets closer to being ready, the developer will need to obtain approval of a valet parking agreement, which will be reviewed by the City’s parking manager.

Several members of the Planning and Zoning Board expressed concern about traffic issues, particularly on NE 14th Street.

The Board approved the site plan with several conditions recommended by City staff. One condition stipulates that prior to the issuance of a building permit for the mixed-use development, the developer must provide the City with a payment of $35,000 to fund a detailed traffic operations study at the NE 14th Street intersections at Federal Highway and NE 23rd Avenue after the issuance of a certificate of occupancy for the final residential unit in the project. The goal of the study is to identify any improvements that would address deficiencies determined by the analysis.

Another condition for site plan approval was that the developer must also provide the City with a bond in the amount of $250,000 to fund improvements identified as part of the future traffic operations study, such as traffic signal timing. The bond, along with any funds not spent for the study or improvements, will be released upon the completion of any necessary improvements, or 30 months after a certificate of occupancy is issued for the final residential unit in the project, whichever occurs earlier.

It was noted that the developer has already completed a traffic study for the project, which the City’s traffic consultants have reviewed, and no major traffic improvements were recommended. However, the City hasn’t gone into the field to conduct its own study and verify the analysis because there is currently less traffic than usual due to COVID-19.

“That is why we’re going above and beyond what we would typically do with most applicants, and are requiring a second traffic study after the buildout to make sure we’ve really addressed everything,” said Assistant Development Services Director Jennifer Gomez.

Stacer said he “was very impressed” with the design of the garage, which incorporates many of the residential architectural elements into the garage facades.

Even so, Stacer expressed concern about passing motorists being able to see cars through the openings in the facades. A condition for approval of the site plan was added, stating that, where possible, more details need to be added to screen the cars and light fixtures from the street. Options include adding mesh to the railings, a knee wall, and moving any light fixtures that can be seen.

On Tuesday, the Planning and Zoning Board also approved an Air Park Obstruction Permit for the building heights. The project first required FAA approval in order to verify that the proposed structures wouldn’t interfere with any of the approach surfaces to the runway at the nearby Pompano Beach Air Park.

Before the vote to approve the site plan, Planning and Zoning Board member Carla Coleman said: “In all of my years of serving on this board, this is one of the most contentious projects we’ve ever dealt with.” She added that the final version of the project is much more attractive than “what we started with,” because of all the input.

Now that the site plan has been approved, a development order can be issued and the developer can begin the permitting process. 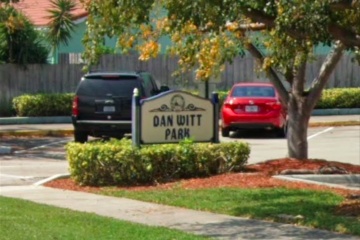