Starting Nov. 6 at 9pm, the Pompano Beach Fire Rescue will be featured in a live documentary series, called “Live Rescue,” on the A&E television network.

The documentary showcases the daily life of paramedics, fire fighters and EMTs across the country as they respond to incidents and emergencies while on duty.

A small camera crew will follow Pompano Beach Fire Rescue day and night as they respond to emergency calls.

Pompano Beach Fire Rescue was selected because of its Class 1 ISO rating, its location on the East Coast, and because Ocean Rescue is an integral part of the agency, according to Joe Venafro, the executive producer of the show.

“I believe it is an excellent opportunity to showcase Pompano Beach,” said Pompano Beach Fire Chief Chad Brocato in a memo to City Manager Greg Harrison. “It will likewise show the level of talent that we have within this department.”

While “Live Rescue” is a live show, it airs on a time delay of roughly 20 minutes, which allows time to review material for sensitive content before air. For fire departments that can’t go live, the show also features non-live stories.

The production crew is trained in HIPAA privacy laws and COVID-19 protection policy, and does not cover COVID-19 calls on the show.

The City Commission, at its meeting on Oct. 27, approved an agreement between the City of Pompano Beach and New York-based Big Fish Entertainment, LLC to allow on-site filming of Pompano Beach Fire Rescue for the series episodes.

The agreement is for a period of one year, with the possibility to extend it if mutually agreed upon. Any time during the term, either party can terminate the agreement upon 30 days’ written notice to the other party.

“Live Rescue” airs on Fridays and Saturdays from 9-11pm EST on A&E. 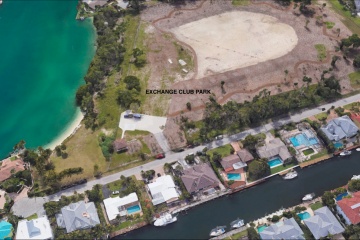