You can celebrate 100 years of comedy at the Pompano Beach Cultural Center in a fun night of laughs and entertainment featuring Lenny Dave.

Dave is a nationally recognized comedy historian and humorist and he will be highlighting a Century’s worth of funny men and women during his show “100 Years of Comedy!” on Wednesday, March 27 at 7:30 p.m. at the Pompano Beach Cultural Center. Tickets are $30 pre-sale and $35 at the door; Pompano Beach residents $25, Seniors $20. Learn more at ccpompano.org or call 954-545-7800.

If you enjoyed the greatest comedians of the 20thcentury, including greats like Jack Benny; Lucille Ball; Bob Hope;  Laurel & Hardy; George Burns & Gracie Allen; Groucho Marx; Mae West; Charlie Chaplin;Jimmy Durante; Sid Caesar; Red Skelton; Carol Burnett, Milton Berle; and so many other superstar comedians from the 20th century, this show is worth checking out.

All these great humorists and more, will be featured in an evening event aiming to bring back some of the nostalgic memories of your favorite comedians along with musical skits associated with them.

“Comedians, especially those from what is referred to as the Golden Age of Comedy, played an invaluable role in helping Americans endure the Great Depression and two world wars,” said Lenny. “In the 1950s and 60s, the next generation of comedians helped us confront a tidal wave of societal change. All of the great comedians serve as the roots and branches on the comedy tree. They make us laugh; they entertain us; they make us think.”

Lenny will be accompanied on the piano by Bob Vogel.  Vogel has entertained audiences nationally for decades with his musical skills, wit and warmth. Together, Lenny and Bob take great pride in presenting an evening of nostalgia and comedy.

Despite similiarities in names, Dave has little in common with Lenny Bruce.  This show will be filled with good, clean fun.

“We are excited to bring 100 Years of Comedy! to the Cultural Center,” said Phyllis Korab, Cultural Affairs Director. “Lenny has garnered rave reviews from critics and fans nationwide, and we look forward to bringing this night of laughter and memories to Pompano Beach.”

For more about cultural events and fun things to do in Pompano Beach and all of the season’s biggest events read Pompano! magazine and search our website.

This story was prepared by our Pompano Beach news desk with additional  event info provided by the city of Pompano Beach, their websites, and additional venue staff releases.

Department of Motor Vehicles Has A New Location in Pompano Beach

You won't believe how much this Deerfield Beach shop sold for. 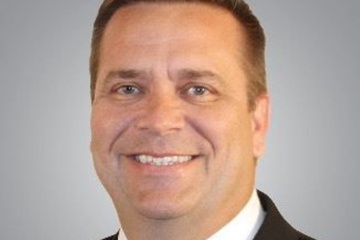