The Pompano Beach Community Redevelopment Agency (CRA) had plans to preserve the building and convert it into a café, wine bar or sandwich shop in Old Town, an area the CRA is developing as an arts and entertainment destination.

Last December, the CRA Board, which is made up of the city commissioners, voted to direct CRA staff to turn the proposed plans into a project and explore ways to move forward with it.

The plans included moving the 663-square-foot structure from its location at the northeast corner of NE First Avenue and NE Second Street, to the northwest corner, directly across the street, in a public parking lot leased by the CRA.

On Thursday morning, Commissioner Tom McMahon received a phone call from a member of the Pompano Beach Historical Society informing him that demolition of the historic doctor’s office was in progress. He arrived at the scene and stood in front of the bulldozer to try to stop it, until he was told the police were going to be called. At that point, only one wall of the building remained.

“That night I didn’t sleep,” said McMahon, speaking to the CRA Board at its meeting on Tuesday. “It was beyond understandable.” McMahon is a former president of the Pompano Beach Historical Society.

City Manager Greg Harrison, who serves as the CRA Executive Director, explained that, earlier in the year, staff determined it was unable to come up with the estimated $400,000 needed for the McClellan office relocation.

“The weakness here is that by the time this all came to a reality about the funding, COVID hit in March and we did not communicate this funding issue to the Board of Directors,” said Harrison.

The CRA Board did not hold its monthly meetings during the period of March through June due to COVID-19, and was on hiatus in August.

Harrison said the developer paid $2.2 million for four buildings and had clear title to the property, and could have done what he wanted with the McClellan office at any time.

“It is an unfortunate set of circumstances,” Harrison continued. “Had we thought to bring this to your attention, I’m sure it would have raised enough attention to the building that we might have been able to come up with a project to try to figure out how to salvage it.”

Harrison noted that the building had become “a real problem” for the developer because It was being used for prostitution, and as an encampment for “unsavory folks.”

“They just needed to tear it down, and that’s what happened on Sept. 10,” said Harrison.

“Obviously, this is a just a tremendous error,” said Mayor Rex Hardin. “It’s a colossal mess up.”

McMahon asked that the City look at ways to remedy the situation, including building a replica of the office building façade and placing it at Founders Park, and preserving an inlay of Dr. McClellan’s name that is on the sidewalk in front of the spot where his office building once stood.

McMahon also said there need to be checkpoints added to the City’s system that would require the city manager to sign off on demolition permits for very old buildings.

Vice Mayor Barry Moss pressed Harrison for details on how the demolition of the McClellan office building came about.

“I really hate to say it, but my trust has been shaken,” said Moss. “I’m going to be looking at things with a closer eye moving forward.”

Even though the McClellan office wasn’t a designated historic site on a national or local registry, it was listed in the 2013 Pompano Beach Historic Sites Survey.

“I know nobody intended for this to happen, but it did happen,” said Hardin. “We have got tremendously talented staff and dedicated individuals who do absolutely fantastic work for this city, but even with all that, this fell through the cracks.”

Hardin wanted to know “what the city’s going to do so it doesn’t happen again.”

Harrison said he would look at implementing a system in the Building Department that would red flag any historic structures that are being reviewed for a building, demolition or other permit. The structures would be those included in the 2013 Pompano Beach Historic Sites Survey.

The three other buildings on the site of the future Old Town Square mixed-use development were demolished about a year-and-a-half ago, but the developer held off on tearing down the McClellan office to give the CRA time to find funding to relocate it.

Adam Adache, of Cavache Properties, said that although the structure wasn’t a designated historic site on a registry, “it is something that I think, unanimously, we all wanted to try to save.”

Adache said the vacant building eventually became a nuisance in the neighborhood. People were breaking in, and there were needles left around by drugs addicts. According to Adache, the Broward Sheriff’s Office (BSO) had been to the building numerous times, and told him he had a major liability if he didn’t take care of it.

“We really needed an answer on whether it was going to be moved or knocked down,” said Adache.

Adache said that he reached out to the CRA in July to find out the status of the building, and was told there was no funding available to relocate it, and he could move forward with plans to demolish it.

Adache then submitted for a demolition permit approval from the Building Department.

“We waited as long as we could, but obviously, we needed to move on.”

Adache said he got demolition permit approval on Aug. 25, but because an old property survey was in the system, a permit revision form had to be filled out and a new survey uploaded. Final approval for the demolition permit was received on Sept. 9, and the building was bulldozed on Sept. 10.

Adache said he hopes to start construction on the Old Town Square development within the next two to three months.

Dr. George McClellan came to Pompano in 1921 from Wellborn, a town in northwest Florida.

His house was built right next door to his medical office, and he lived there with his wife Novice, and their daughter and three sons. His wife served as his nurse and ran the office.

His office building, made of reinforced concrete and steel, survived the 1926 hurricane and sheltered six local families, including the McClellans, who deemed it to be safer than their wooden house.

George McClellan’s oldest son, Sterling McClellan, served the country during World War II as a fighter pilot, and was shot down in a mission over Germany. The American Legion Post #142, located behind Pompano Beach City Hall, is named in his honor. George McClellan’s son William served as a gunner in World War II, and was also shot down. He managed to survive imprisonment at the infamous Stalag 17 POW camp.

A letter from the Board of Directors of the Pompano Beach Historical Society that was read during the CRA Board meeting described the demolition of the McClellan office building as a “tragic destruction” and a “permanent loss of a significant piece of Pompano’s history.”

The letter said the historical society intends to remain actively involved as future steps are considered to mark the contribution of Dr. McClellan and his family to Pompano Beach. 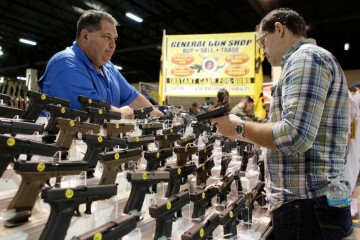