Between March 12 and March 20, invitations to participate in the 2020 Census will start arriving by mail in households in Pompano Beach, Lighthouse Point, Deerfield Beach, Lauderdale-by-the-Sea and across the country, according to the U.S. Census Bureau, which is part of the U.S Department of Commerce.

Census day is officially April 1, but the response period opens as soon as the invitation arrives.

This year, for the first time in the history of the census, people will be able to complete the census form online, by phone or by mail. The census form will be available online and by phone in English and 12 additional languages. The Census Bureau will also provide video and print language guides in 59 non-English languages, as well as guides in braille and large print.

The Census Bureau estimates that completing the questionnaire will take 10 minutes on average.

Census data is used to distribute more than $675 billion in federal funds to states and communities each year for a variety of needs, including healthcare and human service programs, new roads, national school lunch programs, education, public housing and emergency services.

“If we don’t get an accurate count for Pompano Beach, the dollars that should be coming to our community are going to go to somebody else’s town or county,” said Hardin. “Each community should get what they deserve. Without an accurate count, we won’t get our fair share, and that’s really what it’s about.”

Hardin noted that the city’s Local Complete Count Committee “has been working hard” to make sure everyone participates, especially in typically hard to count areas.

Hardin emphasized that, for the census, it doesn’t matter what a person’s immigration status is.

“Nobody cares about any of that in this process,” he said. “It is strictly to get a count of everybody who’s here.”

Census data also helps determine how many seats each state will have in the U.S. House of Representatives, and is necessary for an accurate and fair redistricting of state legislative seats, county and city councils and voting districts based on population changes. Florida gained two congressional seats as a result of the 2010 Census.

The census will ask for information such as the name, gender, date of birth and ethnicity/race of each individual living at the residence (including young children), even if they are not related, or are not a U.S. citizen. The census will not ask about citizenship or immigration status.

The census will also ask for a phone number (to be used only for official Census Bureau business, if needed), and whether the residence is owned or rented.

Every household that hasn’t responded to the initial invitation sent in March will receive reminders and will eventually receive a paper questionnaire. If no response is received online, by phone or by mail, a census worker will follow up in person, starting in May.

Official census workers can be identified by an ID badge with their name, photograph, Department of Commerce watermark and expiration date. They will carry an official bag or laptop with the Census Bureau logo, and will present a letter on Census Bureau letterhead stating why they are visiting the residence. They work between the hours of 9am and 9pm.

An official census worker will never ask for anyone’s full social security number, for money or donations, for anything on behalf of a political party, for a bank account or credit card number, or for access to a person’s home.

Completing the census is mandatory. Answers can only be used to produce statistics, and not for law enforcement purposes.

All Census Bureau employees swear a lifetime oath to protect respondent data, which, by federal law, is kept confidential for 72 years. Census workers are subject to a fine of up to $250,000 and/or a federal prison sentence of up to five years for disclosing, during or after employment, any information that could identify an individual respondent or household.

According to the Census Bureau, cybersecurity measures have been put in place to keep information safe. All web data submissions are encrypted in order to protect privacy.

In December, the Census Bureau will deliver the census count to the President and Congress as required by law. In March 2021, each state will receive the official count.

More information about the 2020 Census can be found at www.2020census.gov. 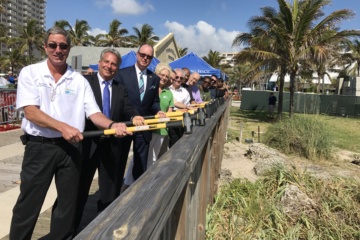