Our area Congressman Ted Deutch issued a response earlier today to Robert Mueller’s statement on his investigation and report. Deutch’s district includes much of Northeast Broward County including most of Pompano Beach, Deerfield Beach, Lighthouse Point and Lauderdale-by-the-Sea.

“Today Special Counsel Mueller made clear that Congress must act to ensure that the President is not above the law. In his brief remarks he said, ‘[i]f we had confidence the president clearly did not commit a crime, we would have said so.'”Contrary to what President Trump has said, the Special Counsel’s investigation did not exonerate him or find him innocent. Rather, the Special Counsel was prevented from reaching a conclusion based on Department of Justice policy, and he said that the ‘constitution requires a process other than the criminal justice system to formally accuse a sitting president of wrongdoing.’ “As the Special Counsel leaves the Department of Justice, it is time for President Trump to stop lying and stop stonewalling congressional investigations. Congress’s role is not a do-over of the Special Counsel’s criminal investigation but an inquiry into whether the President of the United States violated his oath of office, broke the public trust, and committed high crimes and misdemeanors.”

Earlier today, Mueller made his first public statement since he began his investigation two years ago.  USA Today reports: “Robert Mueller objected to Attorney General William Barr‘s characterization of the principal findings of the Russia investigation and asked the attorney general on multiple occasions to release the special counsel’s prepared summaries of the report.”

This story was prepared by our local news desk with additional  information from various public sources and other websites. 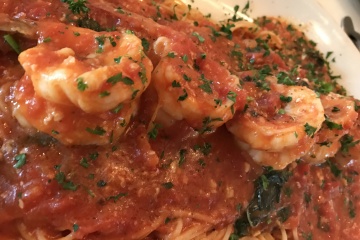