Only about half of Pompano Beach households have responded to the 2020 Census to date, putting millions of dollars in federal funding for the city at risk.

POMPANO BEACH: The deadline to respond to the 2020 Census is Sept. 30, and as of this week, nearly half of Pompano Beach households have not responded to the census questionnaire. City officials are urging all households to do their part to ensure an accurate count so Pompano Beach can get its fair share of federal funding for the next 10 years.

Census data is used to distribute more than $675 billion in federal funds to states and communities each year for a variety of needs, including hospitals, education, national school lunch programs, infrastructure and emergency services.

“If we don’t have a complete count, there’s a possibility we may not get the funding we need from the federal government,” said Assistant City Manager Brian Donovan, who is overseeing the City’s census initiative.

In addition, census results determine the number of seats each state has in the U.S. House of Representatives and are used to draw congressional and state legislative districts. Florida gained two congressional seats as a result of the 2010 Census.

According to the U.S. Census Bureau, as of Aug. 24, just over 50% of the households in Pompano Beach had completed the 2020 Census questionnaire using self-response options (online, by phone or by mail). On a national level, approximately 93 million (64.5%) of all households in the country had self-responded to the census. The self-response rate for Florida was at 61.1%.

Earlier this month, census workers began following up in person with households nationwide that have not yet responded to the census on their own.

In the 2010 Census, the total response rate for Pompano Beach was 68% of households.

In the private sector, census data is used by businesses to identify markets, select business locations, make investment decisions and assess labor markets. Nonprofit organizations rely on census data to apply for certain grants, and to better understand and serve the needs of their program participants.

Daniel Keester-O’Mills, one of the city’s principal planners, has been working with the Pompano Beach Complete Count Committee to let the community know about the importance of the census, and to make sure everyone participates, especially in typically hard to count areas.

The census form can be completed online, by phone or by mail. The Census Bureau estimates that completing the questionnaire takes 10 minutes on average. Answers can only be used to produce statistics, and not for law enforcement purposes.

All Census Bureau employees swear a lifetime oath to protect respondent data, which, by federal law, is kept confidential for 72 years. Census workers are subject to a fine of up to $250,000 and/or a federal prison sentence of up to five years for disclosing, during or after employment, any information that could identify an individual respondent or household.

The U.S. Constitution mandates that everyone in the country be counted every 10 years.

More information about the 2020 Census can be found at www.2020census.gov.

Pedestrians & Bicyclists To Get New Shared-Use Paths in Pompano Beach 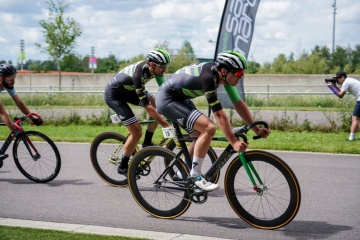