Boca Raton made national headlines this past week when news came to light that in 2018, then principal of Spanish River Community High School, William Latson, said in an email exchange with a parent that he could not “force” Holocaust lessons on children because some people don’t believe the Holocaust happened. In a follow-up email with the parent, Latson wrote: “I can’t say the Holocaust is a factual, historical event because I am not in a position to do so as a school district employee.”

The string of emails, which were exposed in the Palm Beach Post July 5, outraged many. Then, after a public outcry for Latson’s removal from his position as Principal, Latson was reassigned to an administrative position at the Palm Beach County School District. His reassignment further enraged community members who have deemed his denial of the Holocaust unacceptable, especially for a public educator.

The story has  spurred public responses from political, religious and business leaders. Two such responses include one from U.S. Rep. Ted Deutch from Florida’s District 22 (which includes Boca Raton), and one from local Rabbi Dan Levin of Temple Beth El of Boca Raton. Read their responses below. Or, for more background on the story…

The following is a response from Rabbi Den Levin from the Temple Beth El of Boca Raton. Since 1967, Temple Beth El has grown to be one of the largest temples in South Florida.

“There are facts, there are opinions, and there are lies.” – Dr. Deborah Lipstadt, professor of History and Holocaust Studies at Emory University

This week it came to light that in a private email exchange, a local principal implied that it was not his duty to “force” but to “introduce” students to information about the Holocaust because “we all have the same rights but not all the same beliefs.”

While he said that he personally believes the Holocaust to be fact, he also said it was not his place to push or advocate for that truth, but to let people decide for themselves.

The outrage these revelations provoked is understandable and justified. The Holocaust is not something which one can choose to deny, any more than we can deny the truths of slavery or other truths of human brutality. People may choose to live in ignorance, but when confronted with ignorance, an educator must be willing to stand for the truth.

This is the lesson I think we ought to learn from this week’s events. What’s important is not that this particular principal was reassigned from the high school he led for many years. What is important is what we teach about truth.

The history of the Holocaust is undeniable and verifiable truth. The proof of this tragedy is to be found in the physical evidence and voluminous records of the atrocities, and the thousands of eyewitness testimonies of survivors, bystanders, and perpetrators.

It is important that we constantly learn these truths and that we teach them to our children and our children’s children, not simply because they represent one of the darkest chapters in human history, but because the Holocaust teaches us what happens when we diminish the value of standing up for truth.

Dr. Lipstadt teaches that oppression and violence begin with words. Nazi Germany deliberately obfuscated the truth at every possible turn. They made up facts about genetic superiority, they spread propaganda insinuating that Jews were disloyal German citizens and parasites, they lied to their people about their intentions and they lied to their victims, often until their final moments.

Every act of discrimination and violence begins with lies we tell ourselves and others, and an unwillingness to see or hear the truth.

It is not always easy to assert the truth. It can be difficult to hear it. We often don’t want to believe it. But if we sacrifice our commitment to the truth, we remove the keystone responsible for supporting our very society.

In Pirke Avot 1:18, Rabban Shimon ben Gamaliel said: “The world stands on three things: on justice, on truth, and on peace.” May our quest for what is right and just lead us all to be champions of truth and pursuers of peace.

(Washington) Congressman Ted Deutch (FL-22) issued this statement following reports that Spanish River High School Principal William Latson told a parent that he “can’t say the Holocaust is a factual, historical event” and “not everyone believes the Holocaust happened” and the principal’s reassignment by the Palm Beach County School District:

“I really don’t understand how the principal of Spanish River Community High School in Boca Raton, Palm Beach County, Florida, could question the historical fact that is Hitler’s slaughter of six million Jews.

“My children attended Spanish River, and they participated in Holocaust education programs with some of the many Holocaust survivors who live in our community. Palm Beach County, Broward County, and the entire State of Florida teach the Holocaust as historical fact, a fact that is immensely personal for so many residents of South Florida.

“As a member of the U.S. Holocaust Memorial Council and a founder of the Bipartisan Task Force for Combating Anti-Semitism, I am immensely troubled that 2/3 of young Americans could not identify Auschwitz and over 40% believe less than two million Jews were killed.

“I am just shocked that the Spanish River principal couldn’t say the Holocaust is a factual, historical event. And I cannot believe the school district labeled this incident and the principal’s leadership a ‘distraction.’

“I am grateful to the parent who kept pressing for more than a year. But it shouldn’t have required a Herculean effort to effect a positive outcome – an apology and a recommitment by the County to offer more Holocaust education.

“My Task Force, together with Senator Jackie Rosen and her colleagues in the Senate, and Elan Carr, the Administration’s Special Envoy for Monitoring and Combating anti-Semitism, will make Holocaust education a national priority. Holocaust denial feeds anti-Semitism, which leads too often to violence and death, here in America and around the world. Bold steps are required – by all of us – to ensure the history of the Holocaust and the Nazis’ efforts to eradicate the Jewish people are never questioned – anywhere.” 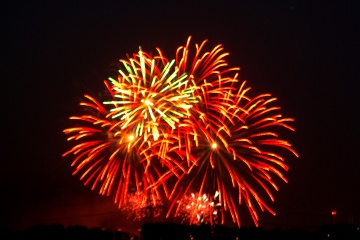