Starting next year, Pompano Beach will hold an annual two-day musical festival on the city’s main public beach, north of the pier up to about NE 5th Street.

The festival will feature major headlining rock acts, but will also include artists from a variety of genres, Assistant City Manager Earl Bosworth told the City Commission last month.

The Commission unanimously approved a five-year license agreement with Beachfest Entertainment, the promoter that will be organizing and hosting the event.

Beachfest will take place on  mutually agreed upon dates for each year the agreement is active, and will start at noon. It is expected Beachfest will become one of the major events and fun things to do in Pompano Beach.

Bosworth explained that three stages will be placed in an enclosed area on the beach, one at the area behind and slightly north of the Beach House restaurant; one in the central area adjacent to the restroom facilities in the center of the festival site; and one smaller stage for local acts at the north end of the site. Vendors will be situated along the east side of N. Pompano Beach Boulevard. Depending on the acts secured for the festival, attendance is estimated at up to 20,000 people per day.

As per its license agreement with the City, Beachfest Entertainment will provide the City, at least six weeks prior to each festival, a parking plan that includes a site map showing available parking for patrons, vendors, water taxis, talent, rideshare pick up and drop off locations, a shuttle route map and a list of adequate signage to direct patrons to and from the event. The proposed parking plan will be reviewed by the city’s traffic control and life safety personnel, and modified if necessary.

Beachfest Entertainment will be responsible for securing an adequate number of shuttles to provide patrons free transportation to and from the event, and will secure off-site parking for patrons, and shuttle pick-up and drop-off locations.

At least four weeks prior to the event, all residences and businesses within one mile of the event will be given written notice of the event dates, times, location and all associated road closures.

The promoter will also provide a nationwide mass marketing campaign promoting the event, including print, social media and television advertisements, and will secure all event sponsorships, as well as multiple logo and branding recognition for the City.

The City will “make every reasonable effort to keep boats at an agreed to distance offshore from the event,” and in accordance with City regulations and ordinances. The City will provide marketing support, as well as logistical help with traffic, transportation and parking issues.

The City will receive $2 per ticket sold for entry to the event. The City will provide up to $75,000 of in-kind services, which will include staff from the Public Works and Parks and Recreation departments, as well as contract execution and management.

When asked by Mayor Rex Hardin if he had an estimate of the revenue that the event would bring into the City, Bosworth said that festivals such as Tortuga and Riptide at the Fort Lauderdale Beach, and the Hangout festival in the Panhandle, get $35,000 to $40,000 over a two-and-a-half to three-day festival, with a total economic impact of about $32 million.

Bosworth said the event will help promote tourism, drive economic impact and further enhance the city’s cultural environment through the development of the arts.

Roy Anthony of Beachfest Entertainment said he has five years’ experience in Broward County holding major music festivals in Pembroke Pines, Miramar and Sunrise. He said the firm usually hires approximately 350-400 people, some not just for the two-day weekend, and will start looking for local talent to help them put the production together.

Anthony said they will also be looking to the city’s restaurants to support their vendor program, and during festivals they have organized in other cities in recent years, about seven local hotels typically sold out.

The event will bring the city national, and likely international, attention on the tourism destination stage, said Bosworth, but “is also a great event for our quality of life.” 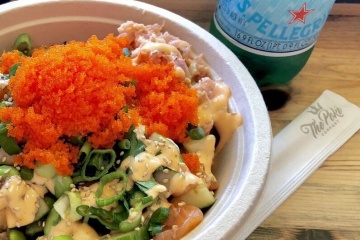