Four other G.O. Bond projects had groundbreakings, and more will be coming soon.

A1A (Ocean Boulevard) in Pompano Beach is set to undergo a major improvement project that will be funded by the city’s voter-approved G.O. Bond. The A1A project, as well as four other G.O. Bond projects, has just broken ground.

The A1A project will be carried out in two phases. Phase 1 of the project will start at Sunset Lane (south of Terra Mar Drive, at the boundary with Lauderdale-By-The–Sea) and stop on the south side of Atlantic Boulevard.

Work will start with the undergrounding of overhead utilities to reduce power outages during storms and improve the aesthetics of the corridor, according to Horacio Danovich, the city’s G.O. Bond and Innovation District director.

Once undergrounding is completed, streetscape improvements will begin, including the addition of planted medians, new pedestrian crosswalks, landscaping on the east and west sides of A1A, and repaving.

Where possible, the existing sidewalks and bike lanes will be widened. The bike lanes, which are currently three feet wide, would be increased to a minimum width of five feet.

Phase 1 of the A1A improvements project is expected to take 12 months to complete.

Partial lane closures will be necessary, but they will be minimal, said Danovich. There won’t be any detours, only flagmen directing traffic, if necessary.

During the project, there will be intermittent disruption to the existing sidewalks on a block-by-block basis. The undergrounding of the overhead utilities requires equipment to jack and bore lines under the sidewalk. Pedestrians will not be allowed in the construction area while equipment is present, and will be directed to use a sidewalk that provides a safe path.

Phase 2 of the project will start at Atlantic Boulevard and continue northward to the Hillsboro Inlet. It is anticipated to start in early 2022, and should take 1.5 years to complete. The same improvements that will be carried out in Phase 1, will also be done in Phase 2.

The entire A1A improvements project, from Sunset Lane to the Hillsboro Inlet, roughly a three-mile stretch, is currently estimated to cost $18-21 million, with most of the funding coming from the G.O. Bond. For the repaving, additional funding will come from the Florida Department of Transportation (FDOT) in the form of a grant. Phase 1 will receive $652,000 from FDOT; the amount from FDOT for Phase 2 is yet to be determined.

The 10-acre former Elks Club property on NE 10th Street across from the Pompano Beach Airpark will be transformed into four rectangular multi-purpose sports fields: two large fields with synthetic turf and sports lighting; and for younger ages, two smaller natural-turf fields without lighting. The approximately $6.4 million project will also include a new 4,000-square-foot clubhouse, parking, landscaping, bleachers and fencing. The clubhouse includes a concession area, a lobby, an entrance that can also be used for storing equipment, an office for staff to manage operations within the park during regular hours, bathrooms and changing rooms. The new sports complex should be completed by February 2023. The City purchased the former Elks Club site in 2017 for $5.5 million, which was reimbursed to the city’s General Fund with G.O. Bond proceeds.

This 8,500-square-foot facility will be the first senior activity center in Pompano Beach, built in response to the increased demand for senior activity programs in the northwest sector of the city. The facility will feature multiple meeting spaces, a warm-up kitchen, and a state-of-the-art gym. In addition, an outdoor garden area will provide space for gatherings and events. The cost of the project is $4,957,382. Construction is expected to take 10 months to complete.

Improvements to North Pompano Park in The Highlands neighborhood include rebuilding three rectangular fields (soccer, football, lacrosse and baseball) and adding new sports lighting. One of the fields will be reconstructed with synthetic turf, to be used particularly for tournaments and events. The project will also include much-needed additional parking, a dedicated dog park, upgrades to the existing bathrooms and concession area, new landscaping, a picnic lawn and an exercise path. The cost of the project is $3,885,163. Construction is anticipated to be completed in fall 2021.

Improvements to this approximately 10-acre park in the Collier City community include the replacement of the existing grass sports field with artificial turf, upgraded basketball courts, new playground equipment, added parking spaces, and a new 5,000-square-foot clubhouse with bathrooms, a concession, gym equipment and a meeting space for up to 100 people. Plans also include a practice football field and outdoor exercise equipment. The project, which will cost $10.7 million, is expected to be completed at the end of 2021.

OTHER G.O. BOND PROJECTS IN PROGRESS OR STARTING SOON

Three other G.O. Bond projects are already in progress: reconstruction of Dr. Martin Luther King Jr. Boulevard from NW 6th Avenue to I-95, installation of a roof canopy over the seating area of the Pompano Beach Amphitheater, and the citywide conversion of sodium halide street lights to new LED-based lights. 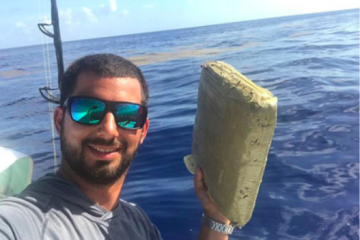