The 2017 race for mayor in Lighthouse Point raised a number of contentious issues.

THE 2017 LIGHTHOUSE POINT MAYORAL CAMPAIGN RAISED A NUMBER OF SUBSTANTIVE CONCERNS THAT SPARKED DISCUSSION INCLUDING SOBER HOMES, GAS BUNKERING, THE USE OF PUBLIC PARK SPACE, THE CITY BUDGET AND CAMPAIGN POLICIES. IN A FACT-FINDING EFFORT TO EXAMINE THESE ISSUES IN DEPTH, LIGHTHOUSE POINT MAGAZINE SPOKE WITH SEVERAL PAST AND PRESENT CITY COMMISSIONERS, POLICE CHIEF ROSS LICATA, FIRE CHIEF DAVID DONZELLA AND FORMER MAYOR FRED SCHORR. THESE ARE THE FACTS AS THEY WERE DISCOVERED.

Some residents are in favor of transforming public park spaces for additional uses.

DeGroff Park in the north end of the city along the Intracoastal Waterway was originally owned by the Florida Inland Navigation District (FIND). It was purchased by Broward County with funds from the 2000 Safe Parks and Land Preservation Bond, which intended to preserve and create more green space.

The County gave the City of Lighthouse Point the park in November of 2003 for use as a “passive park” in exchange for the city clearing the space of invasive, non-native species and landscaping the area. The formal agreement defines “passive park” as one that retains the land and water of the property in their “natural, vegetative, hydrologic, scenic, open, agricultural or wooded condition and to retain such areas as suitable habitat for fish, plants or wildlife.”

This essentially means the park cannot be used for recreational activities, a dog park, or any other uses that affect the natural habitat. A change to the use would have to be approved by the Broward County Board of County Commissioners.

Some residents have expressed interest in having gasoline delivery to private homes and docks for their boats. These proponents of gasoline delivery say it is cheaper and more convenient than purchasing gas at a marina. Opponents say home delivery is both dangerous and only benefits boat owners at the cost of all tax payers.

According to Lighthouse Point Fire Chief David Donzella, home gas delivery is a dangerous proposition. Gasoline, he says, is more flammable and volatile, has higher vapor release, and has more static electricity conveyance and a lower ignition point than other petroleum products. To deliver gasoline to homes in a small tanker, there is no additional licensing required beyond a truck driver’s license, which chief Donzella says is a safety risk.

He said he would request an additional two fire fighters per shift to properly protect the city against the increased risk. The Lighthouse Point fire department currently only employees 24 people, which are divided into three shifts. Six people are on duty per shift. Each shift is 24-hours long (8am to pm). The shifts are on a 3-day rotation cycle, where each team of six firefighters works one 24-hour shift, followed by 2 consecutive days (48 hours) off duty.

“We’re very limited in staffing,” said Chief Donzella. “Of course we call mutual aid for more personnel but that’s not always guaranteed. Pompano Beach helps us out greatly but they also run 28,000 calls a year and their units are tied up most of the time. So, you can’t just depend on big brother to bail us out.”

“Foam is not cheap,” he said. “It runs around $200 for a five-gallon pail, and you would need a lot of it when you’re dealing with boats that are generally made of fiberglass.”

Chief Donzalla estimates the city would need around 25 gallons of foam for a single boat fire (about $1000). The Fire Department currently keeps 30 gallons of foam on hand.

Chief Donzella also said he has concerns about the environmental impact of a boat-fire.

“When diesel or gasoline is liberated into the water way, it is a huge cleanup issue,” he said. “The fire department tries to mitigate as much as possible. We have some equipment to do that. But the major cleanup is borne by the home owner.”

“Our job is the health, safety and welfare of our residents and that’s what we deliver. It’s not convenience,” he said.

In terms of economics, proponents of gas bunkering say increasing buying options would create more competitive pricing. Currently the Lighthouse Point Marina is the only dockside location wher boaters can go to purchase gasoline in the city. About ten years ago the Lighthouse Point Yacht and Racquet Club sold gasoline, but Long said they made the decision to stop selling when EPA regulations required all dockside vendors to replace single-wall tanks with double-wall tanks.

“Lighthouse Point Marina invested about a half-million dollars to get that done,” Long said. “The Yacht Club decided it was not worth it. They abandoned their tanks. It was a business decision on their part.”

Currently boaters can also purchase gasoline locally in Pompano Beach at the Sands Harbor Marina, the Taha Marine Center and the Sunoco gas station on 14th and Federal Highway, or in Deerfield Beach at The Cove.

The City’s budget came under fire including amounts allotted to employee salaries and the library. Some residents are of the opinion that taxes in Lighthouse Point are too high.

For the fiscal year 2016/17, approximately 79 percent of City revenues are appropriated for employee salaries and benefits. Union contracts currently in place define the rate of salary increases. The wages of the Police and Fire Departments make up the largest portion of the overall budget.

“People thinking that our budgets are inflated is not justified,” said Police Chief Licata. “I don’t believe we are overstaffed here. We are a very service-oriented law enforcement agency. People in our community have very high expectations of what they want from the police department and we work very hard at trying to provide the highest level of service.”

“The city pays its officers a competitive wage in order to recruit and retain quality people,” said Chief Licata, who said he feels his staff is currently “as good as it’s ever been,” with the Part 1 crime rate at its lowest level in 25 years.

“I’ve been in the fire rescue business in this county for 37 years, and I have never seen a more restrictive budget than working here in Lighthouse Point,” said Fire Chief Donzella. “Our personnel are paid well, but the benefit packages and other ancillary packages are some of the lowest in the tri-county area.”

The Library Department accounts for 2.6 percent, or $381,830, of the City’s budget. The library has three full-time and two part-time employees, and also relies on a number of volunteers. The library’s budget breakdown is: $292,659 for salaries and benefits; $33,171 for operating expenditures; and $56,000 for capital outlay, which includes $52,000 for the purchase of new books, periodicals and audio-visual materials, $1,500 to purchase e-book tablets for the library’s Senior Program and $2,500 for new tables and cabinets. About $25,000 of the library’s budget is funded by a recurring Community Development Block Grant from the county, which is used primarily for the Senior Program.

The City of Lighthouse Point has the third lowest operating tax rate in Broward County. It has remained the same since fiscal year 2011/12. As assessed property values continue their upward trend following the economic downturn that began in 2007, the City has received more ad valorem revenue.

“I believe that, fiscally, our city is run very conservatively,” said City Commissioner Kyle Van Buskirk. “This allowed us to have a budget surplus we could use to balance the budget during the downturn. While other people were raising taxes, we were able to stay neutral, and I think it goes to show that we keep a very balanced and streamlined budget.”

As a result of the increased revenue from steadily rising property values, the budget for fiscal year 2016/17 is completely balanced with no reliance on budget surplus balances that have been carried forward from prior years.

So-called sober homes and the fear of a proliferation of them in Lighthouse Point was brought to the attention of residents. The claim of some residents is that city officials have done little to address the issue.

Sober homes are residences in which individuals recovering from substance abuse issues can live together. Homes can be informal (those in which recovering people live together solely for support and accountability) or formal (those with on-site staff and some form of drug or alcohol testing). Some residents of these homes choose to live there voluntarily, while others are court-ordered after facing legal troubles.

The proliferation of such homes has become a concern for residents in many of Lighthouse Point’s neighboring cities, including Deerfield Beach and Delray Beach. However, according to Lighthouse Point Police Chief Ross Licata, as of March 1, 2017, to his knowledge, only two sober living homes have ever existed in Lighthouse Point. One was in operation for only a short time, while the other no longer operates as a traditional sober living home with transient residents. This home, located on 46th Street, houses longtime staff members of an outside alcohol and drug treatment facility. According to Licata, the two primary residents have lived in the home for approximately a year and a half. Chief Licata said in that time the police department has received no complaints about activities near or on the property.

“To the contrary, people in the area told us that the home was extremely quiet,” Licata said. “Some people said they are good neighbors. They didn’t see what you would describe as the problems associated with a sober home.”

Problems other cities have experienced in association with sober livings include loitering, noise, an increase in petty theft and suspect activity. Cities that have tried to regulate sober homes have had trouble instituting policies due to the federal Fair Housing and Disabilities Act. Under this law, those suffering from addiction are legally considered disabled. They cannot be discriminated against when renting or purchasing private property.

In regulating sober living homes, cities can only implement municipal ordinances that apply to all city residents; For example, the city of Lighthouse Point’s Transient Rental Ordinance applies to properties in which tenants reside on a transient basis (such as Airbnb, vacation rentals, short-term leases and sober homes).

“We’re limited in what we can do, but we’re going to take whatever actions we can to limit the number of problems and nuisances sober livings can cause the city,” Licata said.

Former Mayor Fred Schorr agreed that within the current set of federal laws, the city is limited, but has done “everything it can.”

“The important thing to me is that the city has not sat idly by,” Schorr said. “We’ve lobbied the state and we’ve had our lawyers monitor any ordinances we could possibly pass that would give us stricter rules. We’ve learned from other cities who have already tried to fight the battle and have done everything we currently can.”

Throughout the campaign, questions were raised regarding the placement of election signs.

Election signs are regulated under Section 42-464 of the city code, which pertains to temporary signage. The code defines “temporary signs” as all signs that, by their construction and materials, are not intended to be permanent fixtures, including political signs.

A maximum of three election signs can be on a property at any time. No election sign is allowed on the City right-of-way, which is approximately 10 feet from the edge of the road (this measurement can vary).

Within five days after the election has taken place, all signs must be removed. 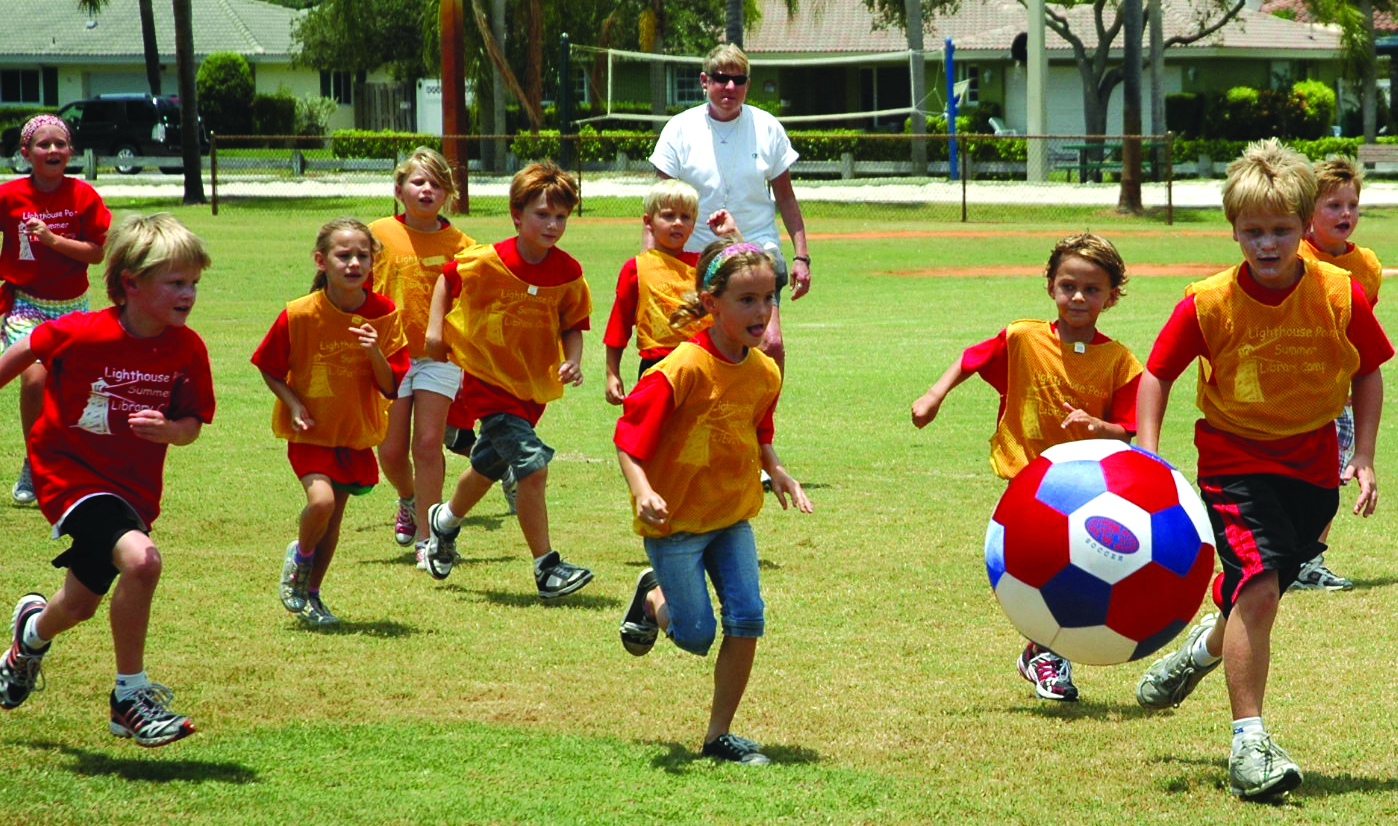