The Planning and Zoning Board recently approved a major site plan for a 37-unit apartment building to be constructed on a vacant .63-acre site on NE 19th Avenue, between E. Atlantic Boulevard and NE Second Street, west of Federal Highway.

The owner of the property, NE 19th Ave., LLC, is proposing a four-story building with studio and one-bedroom rentals, and a rooftop deck amenity. The total building footprint will be 11,000 square feet.

The property, located at 16 and 24 NE 19th Avenue, is in the Transit Oriented/East Overlay District, an area where reduced parking is provided for in the code as a way to encourage transit use and pedestrian oriented development. The project, called Atlantic Lofts, will include 38 on-site parking spaces and six on-street parking spaces, as well as wider sidewalks and street trees consistent with the transit-oriented design standards for NE 19th Avenue.

The Planning and Zoning Board approved the site plan and issued a development order with several conditions that must be met, including the placement of overhead utility lines underground and payment of an in-lieu-of fee to the Affordable Housing Trust, which must be received prior to building permit approval.

The project also requires a development order from the Architectural Appearance Committee, which was approved in November. The next step in the process is to apply for building permits.

Water Plant Will Get $2.5M In Upgrades 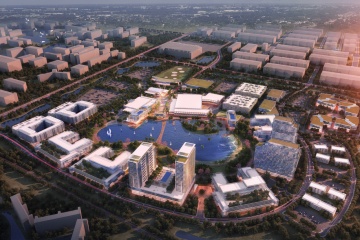