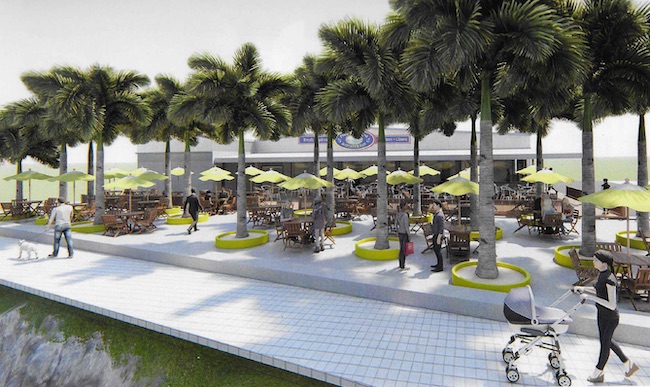 A new waterfront restaurant is being planned for a site along the east side of the Intracoastal, between the Atlantic Boulevard Bridge and the Sands Harbor Resort & Marina. The owners of Taha Marine Center want to transform a 2,500 square-foot building into a casual fresh seafood restaurant serving locally caught fish. The restaurant will seat 200 to 300 people, with dining available both indoors and on an outdoor deck. The boat fuel dock that has been in service for over 50 years will remain.

Another component of the project involves a larger retail building, located at 3157-3231 E. Atlantic Boulevard, just east of Taha Marine Center. A new café-style breakfast and lunch spot is planned for the space located on the corner of Atlantic Boulevard and North Riverside Drive. The exterior of the building will undergo extensive aesthetic improvements, and one of the two right-hand turn lanes on Riverside Drive that lead into Atlantic Boulevard will be eliminated to create an outdoor seating plaza.

The exterior renovations, which are likely to exceed the $400,000 budgeted, include new impact storefront windows, paver sidewalks, updated signage and contemporary exterior lighting. The Pompano Beach Community Redevelopment Agency (CRA) recently approved a $200,000 grant offered through its façade and business site improvement program to help the Taha family cover some of the costs.

According to Nader Taha, whose family has owned the site with the two buildings since 1974, the project complements the upgrades that the City is currently making to the Atlantic Boulevard Bridge, as well as all the other development that is taking place in the beachside area, including the Pompano Beach Fishing Village near the pier. Harbor Promenade, a new dining and retail complex that will include a 500-seat steakhouse, is being built along the Intracoastal just south of the Taha family property.

The enhancements to the Atlantic Boulevard Bridge include a pedestrian waterfront promenade under the east side of the bridge that will connect Harbor Promenade to restaurants, shops and other amenities to the north. Taha said he has been working with the CRA to connect the promenade to a walkway fronting the Intracoastal that already exists on his family’s property.

The total cost to revamp the two buildings on the property is expected to be approximately $1-2.5 million. Taha is currently working with an architect and engineer to create a site plan, which he hopes to submit to the City in about two months. A groundbreaking is anticipated for spring or summer of 2019, and work is expected to take 3-7 months.

Taha said his family has been working on the project for about six years, trying to find the best fit for the property.

“Pompano is ready for it now,” he said. “We’re excited to be part of the redevelopment in our area.”

The Most Expensive House On A1A In Our Area: Pictures and Pricing Info 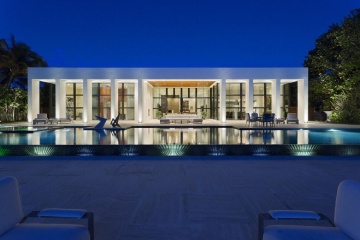