After undergoing almost a year’s worth of renovations, the former home of the late Blanche Ely, one of the Pompano Beach’s most prominent educational and civic pioneers, recently opened its doors as a museum.

The one-story, three-bedroom house at 595 NW 15th St. is about two blocks north of Blanche Ely High School, where Ely served as principal for nearly 20 years, beginning in 1951.

“The City of Pompano Beach is honored to share the legacy of Blanche Ely and to open the doors for the public to enjoy this important historical resource,” said City Manager Greg Harrison.

Ely fought to bring quality education to Pompano’s African-American youth at a time when schools were segregated.

“She called us ‘her children,’” said Katheryn Gillis, a 1953 graduate of Blanche Ely High School. “What she wanted most was to know her children were going to be successful.”

Gillis is president of the Blanche Ely Educational Museum Committee, which she formed in 2013. The committee, which is made up of six of Ely’s former students, spearheaded the effort to turn Ely’s Pompano Beach home into a museum.

The inaugural exhibition of the Blanche Ely Museum celebrates Ely’s professional and personal accomplishments, as well as those of her husband, Joseph, who was also an influential educator in Broward County.

Designed to offer an abbreviated glimpse into the couple’s extensive collection of photographs, letters and artifacts, the exhibition, developed by curatorial consultant Derek Davis of Davis Kuumba Arts, will serve as the foundation for the venue’s future programming, which will include tours to individuals and small groups, lectures, arts education workshops, community engagement activities and events that delve deeper into the collection’s contents.

The home’s archives include over 500 photographs, historic correspondences, scholarly evaluations of Blanche Ely High School’s academic program, and other historic materials. The library includes more than 600 books and publications.

The rooms contain beds, sofas, lamps and other furnishings that were in the home when Ely and her husband lived there. Throughout the house, different scenes have been created to illustrate different aspects of their lives. The exhibition space for permanent and temporary exhibits is in what used to be the main living room area.

Renovation of the approximately 2,300-square-foot home cost $450,000, with about $66,000 in small matching grants coming from the Florida Department of State’s Division of Historical Resources. The improvements included making the house accessible to people with disabilities and adding parking, which was required for it to open to the public. In addition, landscaping, zoning, and drainage requirements were met in order to upgrade the site to a park with a historic home. A new concrete deck in back of the house will serve as a gathering space for visitors.

The house, which is on the Local Register of Historic Places, was purchased by the City of Pompano Beach in 1997 for $85,000 from the estate of Blanche Ely. It was built in the early 1960s by Ely and her husband. Ely lived there until her death in 1993 at the age of 89.

In 2000, the house opened as a museum operated by a nonprofit foundation, but after about seven years it closed. As the house didn’t meet the city’s building codes as a place of assembly, there were no plans to reopen it until the renovations took place.

Ely, who first came to Pompano in 1923 as a young teacher, earned several degrees, including a master of education degree from Columbia University in New York. In the late 1920s, she was principal of the Pompano Beach Colored School, located at 718 NW Sixth Street. Ely fought to change the dual school system, which prevented African-American students from returning to school after the Christmas holidays so they could pick bean and pepper crops in local fields. Many of her students and their families lived in quarters that were owned by the farmers.

“The lessons she imparted in her students were long-lasting,” said Gillis. “She would always tell us that the sky’s the limit, and that we could be whatever we wanted to be, despite the limitations we had as far as school time and school materials.”

The Pompano Beach Colored School was later renamed Blanche Ely High School, and transferred to the site of the existing high school, while Ely was still principal. Ely led a successful fight to add a 12th grade to the school, so students could graduate with a 12th-grade diploma instead of an 11th-grade diploma.

In 1970, when a federal desegregation order closed the high school, Ely retired. She and other community leaders instituted a lawsuit against the closing, and the school was reopened in 1974. Today, it is a medical sciences and pre-engineering magnet school with about 2,100 students.

The current exhibition at the Blanche Ely Museum will run through the end of September 2019. The museum will be open on Tuesdays and Thursdays from 10am to 2pm, and on Saturdays from 10am to 4pm. Group tours are by appointment only and can be scheduled by phone (954-786-7877). At this time, there is no fee to visit the museum, but there may be moderate fees to participate in certain future programs presented at the venue. 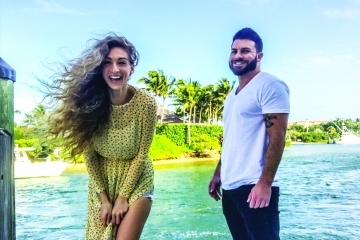