After 36 years in the hospitality business, Wyndham Deerfield Beach Resort’s General Manager Julian Felder has announced he will retire in May 2017. Felder saw the Wyndham through its many changes — from its history as a Howard Johnson, to it’s most recent designation as the “Best Franchised Wyndham Hotel in North America” by the Wyndham Hotel Group. As Felder approaches the busy winter season, which will be his last in the industry, he reflects on his time as one of Deerfield’s longest-standing and most-loved GMs. 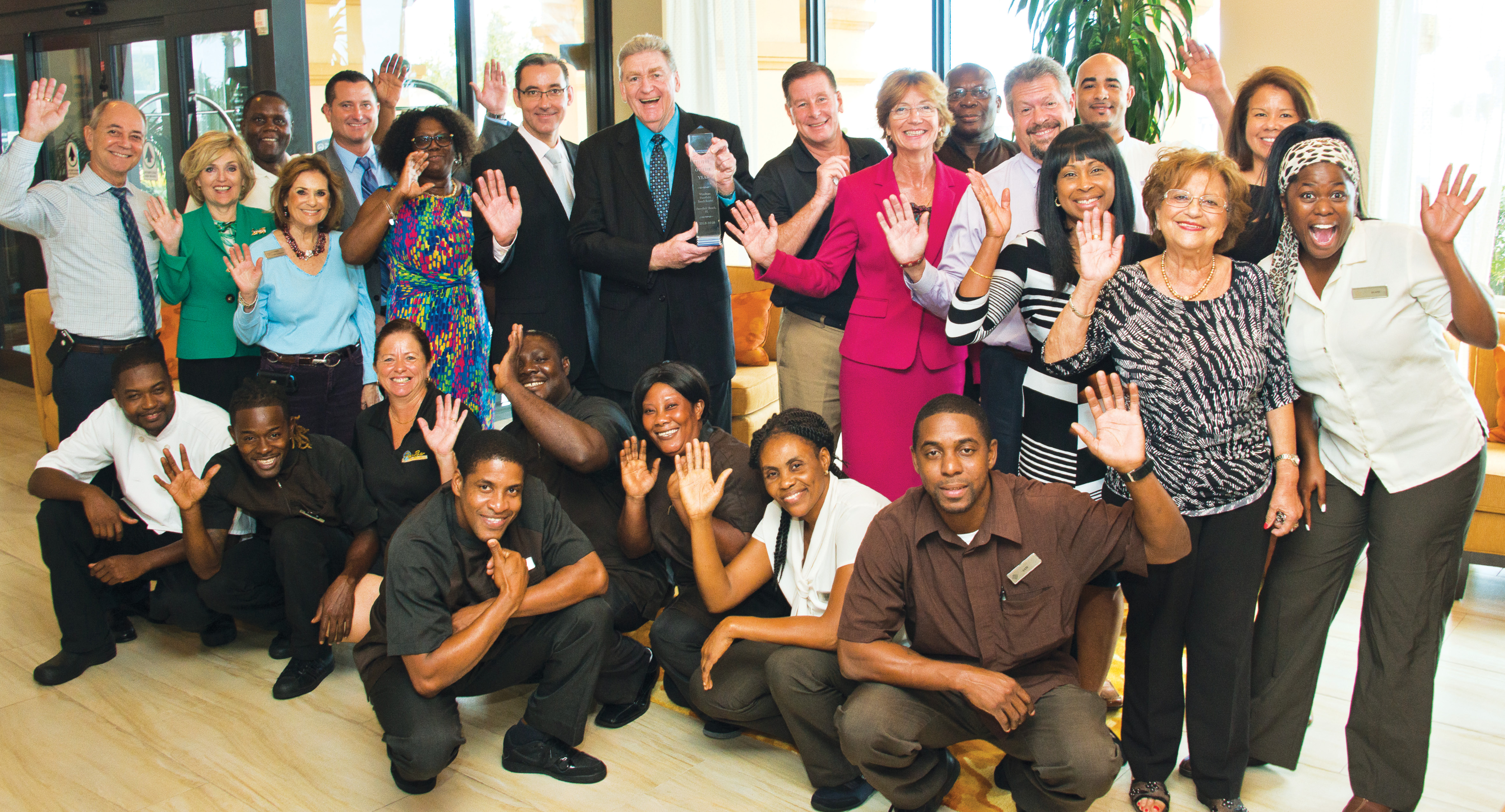 Don’t even think of managing a major hotel if you’re looking for a “job,” not a career. Julian Felder, the award-winning manager of the Wyndham Deerfield Beach Resort on the oceanfront, can tell you about the typical work week: 55 to 65 hours. This, after all, is a business that never closes. Despite the long hours, demands and responsibility, Felder has been at it for 36 years.

“The hotel business is amazing,” he said. “When you catch the bug, you don’t get out.”

Felder “caught the bug” quite by accident — a “pure coincidence,” he said.

After earning a college degree for business administration, finance and accounting, he expected to work at an accounting firm, but happened to see a newspaper notice for a job in the accounting department of a hotel chain. He was soon the controller for seven hotels, and his long career in the business was launched.

Through those years, Felder was fortunate to work for a franchise business, owned and operated by a family, which he liked. He went to work for a man named David Chase, who had franchise arrangements to operate hotels under the Howard Johnson brand. After working up north, Felder was named general manager of the Howard Johnson hotel on Deerfield Beach in 1988, 28 years ago. The hotel had first opened in 1971 as a Howard Johnson on a previously empty lot. By 2000, the hotel showed signs of aging. Consumer expectations had changed, and an upgrade was needed. What the building got was more than an upgrade; it was completely gutted and rebuilt. For all practical purposes, the new Howard Johnson was an entirely new hotel. In 2010, a new franchise came along with the reconstructed hotel under the Wyndham brand. The hotel was then advertised as the Wyndham Deerfield Beach Resort, as it is called today.

The reconstruction of the hotel might have been the greatest challenge in Felder’s career as general manager. It was such a successful transition, however, that the hotel was recently named the “Best Franchised Wyndham Hotel in North America” by the Wyndham Hotel Group, beating nearly 200 franchised hotels that bear the Wyndham name. Although David Chase died in the past year, his children, Cheryl and Arnold, have maintained the business as a family-run enterprise.

Earning this prestigious Wyndham designation is just one of many recognitions Felder has earned over the years for his effective leadership and hospitable spirit. In 1999, he was named “Manager of the Year” of the Howard Johnson hotels in Florida, and in 2004 as “Manager of the Year” among the 450 managers of Howard Johnson hotels. The designations, however, are not Felder’s greatest reward. 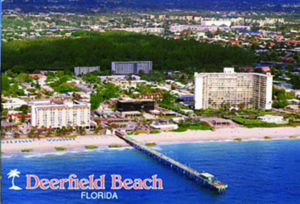 “What got me hooked on the hospitality business was the constant interaction with people. Making them happy is what motivates me and gives me satisfaction,” said Felder. “The most meaningful part of my career is the satisfaction of knowing that I had a part of bringing some relaxation and happiness to thousands of guests, whether they were here on business or on vacation, Also, no two days are alike in this business, so you never get bored. And there is a great atmosphere working in a resort hotel, across from the beautiful beach and the ocean. Even though it is a very demanding job, it feels like ‘almost’ being on vacation. When I take a few minutes break from my duties and look at the beach and the ocean, it always reminds me why I enjoy coming to work every day.”

In addition, Felder said the job has taught him a lot about humanity.

In addition to dealing with guests, Felder said working with his staff has been very rewarding.

“It’s given me great satisfaction as a manager to know that I was able to guide, train and help many fellow employees to better themselves,” he said.

Some of Felder’s staff has been there longer than the 28 years he has. It’s like a working family.

One of the most challenging parts of Felder’s carrer in the industry has been keeping up with changes of such a fast-changing society, including the internet and social media.

“This puts a great deal of pressure on us,” he said. “We’re constantly under the microscope.”

In the past, if someone had a complaint, they’d tell management or a few friends. Today, they use social media to tell thousands of people, and their complaint is posted on web sites such as TripAdvisor. This is good for the consumer, Felder said, because it “forces the hotel to strive to provide extraordinary service.”

“It’s all about service, and we always did well,” he said. He points to recent consumer reviews on TripAdvisor:

“Absolutely amazing staff, the concierge was beyond helpful, and the front desk goes above and beyond,” wrote one guest online.

“I cannot say enough for the staff, the room and the view. I felt like we got star treatment without being stars,” said another.

Felder also praises the city management of Deerfield Beach for keeping the beach so clean, attractive and nicely developed,

“The City of Deerfield Beach is a great City and it will always be my favorite city. During my 28 years tenure here, I have observed constant improvements along the beach and throughout the city as well, yet maintaining its quaint, village-like, old Florida feel. This is what separates Deerfield Beach from other Florida beach destinations,” Felder said.”My vision for the future is not to get away from it as it works very well.”

While he has enjoyed the “people contact” and the pleasant working conditions, Felder said the long hours have kept him from enjoying his 18-foot boat and pursing his favorite hobby of fishing. After 36 years of dedicating his life to business, he and his wife Nina will stay in their Boca Raton home and look forward to some leisurely fishing close to shore, where Felder hopes to snag some groupers and snappers.

“It’s time to let someone else manage the hotel. I have the boat but have never had much time to use it,” he said. The Felders also hope to do some traveling. Julian would like to see Australia and visit some of the South Pacific islands.

While Felder contemplates the next chapter of his life, he isn’t quite ready to close this one – not yet. The busiest season for the hotel runs through next April. Come May, he’ll be ready to take the “General Manager” sign off the door. This will end a long and successful career for a man in a demanding and competitive business – one he entered by coincidence, rather than intention, and found it to be one in which he “caught the bug” and could never leave.