What: Malcolm-Jamal Warner is joining the fourth annual Exit 36 Slam Poetry Festival as a celebrity judge. He will also be performing his poetry at the festival and sharing thoughts about his career during a talk. Exit 36 Slam Poetry Festival is a three-day, in-person poetry festival, with the opportunity to attend virtually as well, that seeks to serve the community through educational, theatrical, and literary performances. The festival includes writing workshops, artists’ talks, and the Slam Poetry competition. In its fourth year, the Exit 36 objectives remain the same — to pay homage to poetry, spoken word, literacy, community engagement, and to celebrate the arts.
When: Thursday, December 9, 6 pm; Saturday, December 11, 11 pm
Where: Pompano Beach Cultural Center, 50 W. Atlantic Blvd., Pompano Beach
Cost: $15/daily pass, $30/festival pass

Richard Rosser: First, the Exit 36 Poetry Slam is excited to welcome you to Pompano Beach! This event is attracting some of the nation’s best spoken word artists to our city, and your participation is ramping this event up to the next level of greatness — so thank you.

Everyone knows you from “Cosby” and the hit TV show “The Resident,” but you also have a strong following in the poetry community. You have addressed that your family nurtured your love of poetry, but what elements of poetry and spoken word touched you in a way that encouraged you to adopt it as one of your forms of artistic expression?

Malcolm Jamal Warner: Well, first off, my dad went to Lincoln University with Gil Scott Heron and Brian Jackson. He was actually their dorm resident advisor. So I was pretty much listening to Gil and The Last Poets from the womb. And my dad went to Lincoln because Langston went there. So I’m not sure if I adopted poetry or it adopted me. Poetry has always been in my life and part of my expression. Like most teens, I fancied myself as a rapper for some time, but ultimately gravitated more to poetry because it was less rigid regarding timing, cadence, and subject matter. During my early to mid 20s, just before poetry became the cool thing again, I was very active in LA’s underground spoken word scene. Writing and going out to poetry spots became a necessity for me because it was an avenue of creativity, allowing me to express myself in ways I couldn’t do as an actor or director.

Richard Rosser: When you write, perform poetry and film it, for example in “You Can’t Hear Me,” there is so much power, emotion and social relevance; what is your creative process?

Malcolm Jamal Warner: “You Can’t Hear Me,” the brainchild of poet/producer David Bianchi, was a different experience for me because I had never done anything like that. I knew of David’s work with his Spinema (poetry/cinema) films and jumped at his invitation to be a part of that film. It was an important outlet for all of us as a social statement given the GOP political climate, but also as a wake up call to our own racially divided communities that the path to moving the race conversation forward is by active listening to one another instead of talking over one another.

When we really break it down, our communities that are not rich and white, are being oppressed and suppressed by the same power structure. Our divisiveness is merely the smoke and mirror distraction of that fact. The context and format of “You Can’t Hear Me” dictated a level of performance execution of the poetry that would be overdoing it or too big in a normal poetry environment. We had to lean on poet and actor chops to convey the raw emotion that David and director Chris Folkens wanted.

Richard Rosser: As the celebrity judge of Exit 36, what are you most looking forward to?

Malcolm Jamal Warner: Judging slams is always strange and, at times uncomfortable for me. For one, when slams began to gain popularity, I recall how they also started to skew poets’ approach to writing. The focus became time limit, speed, cadence, and writing to appeal to judges. And then that style and energy became so prevalent that poetry and slam poetry are often conflated.

The other thing I get caught up on as a judge is how do I put a number on someone’s self expression? I can be pretty hard on poetry, but if something doesn’t move me personally, it doesn’t necessarily mean that it’s not good. I respect slams as an art form unto itself. I admire and respect slam poets who are good at it. It’s been several years since I last judged a slam, so I am looking forward to the vibe and energy.

Richard Rosser: Part of this festival focuses on encouraging young people to express their emotions positively. What words of wisdom would you give to young creatives who are inspired by this event and want to give writing poetry and spoken word a chance?

Malcolm Jamal Warner: So I believe that there is a river of creativity that flows and is available for every human being. Playing with, listening to, or watching our 4 year-old daughter reminds me of this every day. But for many people, life circumstances block the pathway to that river. So I consider it a blessing and honor to have access to several creative avenues of expression. I find it crucial to my happiness. And I don’t mean that figuratively. There is a definite connection between my disposition and stress level and my creative practices. Life is better for me and everyone around me when I’m engaged in my creative practices. I call it creative practice because, like yoga, meditation, gardening, sports, medicine, law, it requires continually honing your skill and improving, which requires constant studying and application.

I’ve been acting all of my life. I’m on the fifth season of my tenth television series, and I’m still a student of acting. So with regard to wanting to give poetry and spoken word a chance, it’s never too late. But if you are going to begin writing poetry, I strongly suggest also putting yourself in situations where you are performing or at least reading your poems aloud in front of others.

Writing poetry can be a beautiful experience on its own, but verbally expressing your poetry completes a beautiful circle.

Richard Rosser: So much is going on with your character on “The Resident” and the show in general. What is it like working with this ensemble of super talented actors — and what attracted you to this character?

Malcolm Jamal Warner: Man, season five and I’m still having a blast! It’s a joy coming to work each day because I’m coming to play with a strong and talented cast of artists who really are about the work.

No one comes to work with a greater-than-thou ego. I like to say that there’s an unspoken understanding that no one wants to be the weak link. And on the days where someone isn’t feeling like bringing it — it happens to us all at some point — all it takes is to start shooting, and immediately that person perks up and gets it together. It’s happened to me a few times and I’ve seen it with others. It’s great because we all work hard and we also have each other’s backs, making it a safe place to work, play, and try different things.

I was immediately attracted to the role of Dr. AJ Austin. He’s one of the top cardiothoracic surgeons in the country and is very brash. And arrogant. But his arrogance doesn’t come from a place of overcompensating. He’s damn good at what he does and is unapologetic. He’s a straight shooter and cares more about delivering the truth than how that truth will land. And as a result, he doesn’t care what people think about him. Some people think he’s an asshole. I love it since I don’t normally get cast for this type of role. I think that’s one of the reasons people dig my role so much. 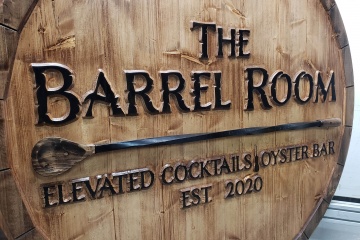