MAKING PARIS MY OWN

Making Paris Your Own

Like falling in love for the first time, when you’re new to Paris, you’re sure that nobody else has ever seen, smelled touched or tasted the city’s essence with such intensity:   Sunset over the choppy blue-gray Seine River,  the golden dome of Les Invalides seemingly on fire in these last rays of daylight, the mirage of Sacre´ Coeur’s white facade shimmering above Montmartre, and of course, the Eiffel Tower, a huge Independence Day sparkler looking too hokey to be taken seriously, thus, its perpetual charm.

You can still taste that buttery, flaky texture of your first croissant and hum the corny accordion player’s tune you heard on a Metro ride. The aroma of espresso mixed with a hundred years of jettisoned tobacco lingers in your olfactory scrapbook, even though current smoking laws have forever changed the sensory assaults of Paris’s older railroad stations. You can’t forget the sting of Calvados apple brandy trickling down your gullet (or the dry heaves the morning after). Or hearing that perfectly attained high note from the current Paris Opera House darling; the touch of couture silk and the hint of Guerlain’s latest fragrance when a stylish resident brushes past you.

00Elsewhere, you wouldn’t forgive a brusque waiter and you’d prefer to be greeted by shopkeepers with a smile, but take it from a jaded Parisian visitor, if you’re willing to step outside your comfort zone, you may find yourself hooked on this city, and, trust me, you’ll never get your fill.

Frustrating? Yes. Exasperating? Yes. Expensive? Yes. Hard to understand? Yes,  especially if you don’t speak French, and sometimes even when you do. So, why bother?  What’s so great about Paris?

Before I came to Paris for the first time, I had seen parts of Paris in movies like Charade;  the high-ceilinged apartments with huge doors and ornate moldings, the Bateaux Mouche gliding down the Seine River, the old stamp show in the Champs Elysees Rond Point gardens

But, when I finally did arrive in Paris, I was overwhelmed. Walking among the throng of tourists populating Rue de Rivoli in the summertime, I failed to see the beauty of its arched walkways. The Tuileries Gardens seemed too stark and regimented. In this elegant Right Bank neighborhood, I felt as welcome as a weed, frustrated at not being able to speak French. Shocked at the high prices, I stayed for only two days and hopped on the first plane back to the USA.

But two years later, I returned after having signed up for French language courses at the Sorbonne, and after six months of daily classes, something clicked. Phrases began falling into place and I actually understood when people asked me questions. That was just the beginning of a lifelong relationship with the City of Light. It was not until years later that I started to feel at home, and much of that was thanks to meeting Parisians who invited me into their homes and shared their love of the city with me.

We did the same things tourists do: we visited the Louvre and other museums, but always in a leisurely, non-hurried way. We walked in the Versailles gardens or dined in local affordable restaurants. If there’s one lesson I’ve learned over the years, less is more. If you go to the Louvre, focus on one exhibit (locals usually go for the temporary exhibitions).

On Sundays at Chateau Versailles, families might rent bikes or stroll in the gardens without even setting foot in the chateau. Watch a French couple decide on a restaurant: they usually spend some time comparing menus posted outside restaurants before settling on one.  A good meal is an important part of any outing and should never be hurried. The traditional lunch hour lasts from 12:30 to 2 pm. Whether rich or poor, Parisians have a talent for the art of living. And you can do the same. Whatever you choose to do while in Paris, spend enough time to make the experience worthwhile. You may only have one or two days, but even a short visit can be a lifetime memory if you keep things simple and savor every moment.

Here are a few tips to make your first visit to Paris unforgettable:

Contact one of Paris’s free City Greeters to take you on a walking tour. Paris’s most famous monuments Notre Dame Cathedral, also offers free English-speaking guides will take you on a tour of the church. For those that are not big walkers, I’d recommend taking a boat ride along the Seine River or try out the hop/on/hop off city tour buses. Bike tours are also popular in Paris, and once again, you can find English guided bike tours to learn about the city’s rich history.

To market, to market! Outdoor produce markets are not only a wonderful, inexpensive way to try out local specialties, but spending a few hours at the morning markets is an experience in itself. One of my favorites is the Marche´d’Aligre´ in the non-touristy 12th arrondissement.  Each neighborhood has its morning markets until noon or 1 pm, usually twice a week.

Parisians like to talk. You’re rarely wasting a person’s time by having a chat. Engaging in conversation shows that person that you’ve recognized him or her to be more than an automaton serving you a meal or a sales receipt. It’s considered good manners to greet a shopkeeper when you enter the boutique. Talk a little bit longer if there’s a lull in business and you might be treated to a smile.

Whether it’s the Statue of Liberty or your morning omelet, bits of French culture can be found right in your own backyard. Benjamin Franklin and Thomas Jefferson stayed long enough in Paris, not only to enjoy being there, but to win over support for our fledgling nation. American tourists continue that pilgrimage to discover for themselves what our forefathers also sought: freedom and, perhaps, the pursuit of happiness.  So, put on your walking shoes, embark on a river boat, or simply open your Parisian hotel window and memorize the view; the evening glow of street traffic, the sound of cutlery and clinking crystal wineglasses.

Even if you’ve never set foot outside of the USA, there’s a little bit of Paris in each and everyone of us. Dusk is called by some Parisians, the exquisite hour… the moment when everything becomes possible. Especially when you’ve just fallen in love with Paris.

MAKING PARIS MY OWN 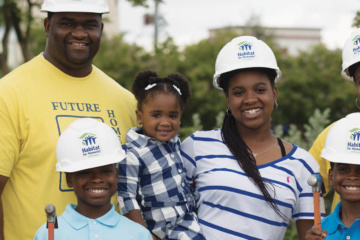