When my 15 year-old daughter Nikki asked me, “What am I going to do for spring break?” I was speechless. As your children rapidly grow older, you stop planning trips to Disneyland, water parks and Chuck E. Cheese. Nikki had a few suggestions: California (too expensive and too much travel time), Bahamas (her passport had expired), or New York City…Bingo!

“Can Steffi go with us,” asked Nikki. She felt she needed her best friend with her on this first NYC adventure, and so it was to be! Now I had to determine what would be a feasible and easy to plan on the spur of the moment. But my trepidation with exploring NYC concerned the cold weather, the fact we have thin LHP Florida-born blood, the crowds during spring break, not to mention the expense.

First things first. I quickly booked two Phantom of the Opera tickets at $200 per seat. I was told it would be way worth it. And we were lucky to find a Hyatt Hotel in midtown Manhattan for $200 per night. Quite a bargain to find such a deal in Midtown Manhattan during spring break. So, it was on to the “Big Apple!”

Arriving at LaGuardia Airport, the temperature was a chilly 40 degrees. This made us grateful to our Florida friends for the borrowed winter clothes! Checking into our hotel brought us a monumental surprise… a view of the Empire State building that was just two blocks away.

First thing on our “New York City bucket list” was taking the subway to Chinatown. It was quite a culture shock for Nikki to experience the dungeon-like life of the subway; having been born and raised in Florida and never experiencing even a basement! Next up, Canal Street in Chinatown to find a designer handbag. Barely one block into Chinatown, we were bombarded with thug-like salesman, asking if we wanted Lily or Michael? At first I felt like that was code for some drugs, but the girls informed me, “Mom, they are talking about purses!” I felt relieved because these men were extremely nervous, constantly looking left and right, many of them sneaking around street corners with black garbage bags. After haggling with eight or more vendors, the girls each found the designer bag they wanted. Now our appetites were ready for authentic Chinese fried rice and egg drop soup, right there in famous Chinatown. Full and tired, it was back to the hotel for some much-needed sleep.

Day two began with Starbucks, of course; there’s one on every corner. And then lunch at Nikki’s favorite sandwich shop, Pot Bellies. So, with full bellies and lots of caffeine, we were ready to shop ‘till we drop. Forever 21, H and M and Macy’s were on the agenda for the day. These stores are all 3 to 5 stories tall and extremely overwhelming to experience. Nikki and Steffi were in fashion heaven.

This night was for Broadway. I was only able to purchase two tickets to the Phantom of the Opera at the Majestic Theater before they sold out, so I gave my ticket to Steffi and let the girls enjoy the show. Now, I needed to find something to do for two and half hours.

I walked toward Times Square where a tall skinny man in a long black coat and top hat was soliciting a comedy show. Perfect, I thought to myself, a way to kill some time laughing. After purchasing my $10 ticket, I was escorted to a small room where many of the audience members were children. Oops! Now I’m stuck here, it must be a G-rated show! When the comedian asked us to silence our cell phones before the show, I realized I left my phone charging at the nail salon where we previously had mani-pedis! Now was my chance to hightail it out of there and back to the nail salon. My faith in humankind was uplifted to find my phone exactly where I had left it. Now it was back to the comedy room to wait for the later show that was rated R. The show was hilarious.

Afterward, I stopped for a shrimp cocktail and a Cosmo at the famous Sardi’s Restaurant, across from the Majestic Theater. It was great to look at the walls, lined with caricatures of almost every famous person of the last 50 years.

As I went back to the theater, there were crowds of people holding up their iPhones around a limousine. My camera was a bit larger than an iPhone, so I looked like a true paparazzi, clicking away, as I held my camera above my head and over the limousine. Checking the screen on my camera revealed it was Tom Hanks, waving to everyone as he left the theater after his performance in Lucky Guy! And you can say I was a lucky girl for me being at the right place at the right time.

Now, for a short walk to Times Square for sightseeing and dinner. The girls loved the bright lights and excitement of Times Square. The streets were bustling with some people trying to make a dollar and other characters.  You name it: Portrait artists, face painters, rickshaws, horse and buggy vendors and life-size human Disney characters and Spiderman.

We found Nikki’s favorite Florida restaurant, the Olive Garden, in the heart of Times Square, so late-night Italian food it was. After dinner it was already 1 a.m., so walking off dinner was not an option. The cliché horse and buggy ride was another experience on our list, so after all the horse jockeys stopped fighting over us, Nikki got to ride in her favorite horse and buggy. She loves horses more than air. It was a fun, relaxing ride through Times Square and back to our hotel.

Today was planned for our trip to Rockefeller Center, both in the day and then back in the evening. They call it “Top of the Rock Sun and Stars” ticket. The center was quite crowded, as everyone seemed to be in New York City for Spring Break. In the lobby was a Swarovski Crystal store with the largest crystal we had ever seen. An elevator took us two flights up to the security level and the stairwell had a beautiful chandelier made of what else? Crystals!

Another elevator took us up to the 70th floor. It was a beautiful sunny, cool day and surprisingly, not too crowded. The girls had a great time with their iPhones; texting, tweeting and Vining. The top of the rock is a must-see when visiting New York City. You get a 360° view that’s impossible to get from anywhere else. The view of Central Park is magnificent and it gives you a true feel for Manhattan that’s difficult to get at ground level. It’s definitely worth the $40 price of admission.

Next was one of my favorites, the Apple store on Fifth Avenue. It’s shaped as a glass cube at the street level with the glass spiral staircase that leads to an enormous store below ground. This store, my “candy store,” is a must-see in New York City. The girls now wanted to go to their favorite, the M and M store. It was crowded with long lines, but we didn’t mind so much with our huge bags of M&Ms snacks while waiting.

On to the FAO Schwarz toy store that was made famous by Tom Hanks in the movie BIG when he danced on the giant piano. It’s the oldest store United States having been opened in 1862 and is known for its life-size toys. A very fun store to browse through.

Now late in the day, it was back to the Top of the Rock for a view of the city lights. No tripods were allowed, so I set the camera down on top of the cement ledges around the observation deck. Despite the no tripod rule, I was able to get some spectacular images. The girls were getting antsy, so it was back to the hotel to pass out.

It was off to Grand Central Station. I’ve always seen iconic images of Grand Central Station, the largest in the world, but wanted to capture one of my own. It’s a bustling intersection of transportation in a cavernous building with restaurants, food courts and an Apple Store.

While I was engrossed with photography, I lost sight of the girls. I had a suspicion of where to find them… the Apple Store, of course! I managed to find the girls happily hooked up to a charging station with their iPhones. Grand Central Station where 21 million people visit per year is a people-watcher’s dream!

Next stop, via subway, is Ripley’s Believe it or Not in Times Square. A wax replica of Leonardo DiCaprio graced the front window and a man performing the act of hammering a large nail through his nostrils on the sidewalk in front, as a teaser to get you to want to see more of the oddities in the Ripley’s Odditorium.

Today, our last day, we leave wonderful New York City, but not until we visit the Empire State building. Construction began on the building in 1929 and finished in 1931. It’s 1454 feet tall 102 stories. The outside of building is lit with various colors at night depending on the occasion. For instance, on Memorial Day weekend the lights our red white and blue and on Earth Day the building is lighted green.

We shuffled into the crowded elevator to the 86th floor observation deck. The view was amazing, but we were packed like sardines. I quickly went into paparazzi mode and pushed my way to the edge capturing a few images of the city. We considered paying the extra fee to go to the 102 floor observation deck, but it was also crowded. We had a plane to catch in two hours anyway. The wait for the elevator going down took almost as long as the wait to get up. We now had to run back to our room, check out and jump in our prearranged car waiting for us outside the hotel.

During the ride to the airport, the girls were saying goodbye New York, we will miss you! Nikki said she’d love to move to New York City someday. We sure managed to see a lot of New York in the short time we were there, which is probably why I feel I need a vacation from our vacation. It was fun and exhausting, but hopefully a memory my daughter and Steffi will carry with them for life. But, as Dorothy says, “There’s no place like home!” 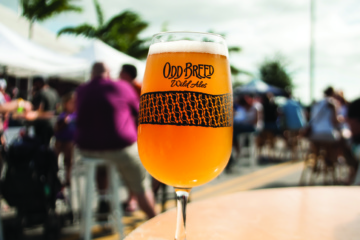