A revised site plan for the redevelopment of the Lighthouse Point Yacht Club was presented informally to the Planning and Zoning Board this month by Terry Paterson, the club’s owner and developer.

Paterson is proposing to build 20 luxury townhomes and two single-family homes on a portion of the yacht club property that is currently used for tennis courts and parking. Paterson plans to use the proceeds from the sale of the residential units to subsidize an updated yacht club facility.

Paterson was seeking feedback from the Planning and Zoning Board before submitting a final site plan and other items that the Board will vote on at a future meeting, possibly in March.

During his presentation to the Board, Paterson explained his goals for the development timeline.

He said he wants to start building a new tennis center/bistro as soon as possible, and have it finished by Sept. 1, when members come back after the club’s annual closure during the month of August.

The one-story tennis center/bistro would be built on existing clay tennis courts, east of the club’s entrance on NE 42nd Street, and would serve as a temporary clubhouse once the existing clubhouse is demolished.

Paterson said that a lot of the interior from the club’s existing lounge will be reused inside the tennis center/bistro, to “keep the nostalgic value of some of the things that we have.”

Paterson said he would like to start the demolition permit process for the main clubhouse in June, which will likely be a three-month process, and then demolish the clubhouse by the end of August or the beginning of September.

His goal is to start vertical construction of the new clubhouse around Sept. 1, which should take about 18 months to complete, possibly less.

“Commercial does go a lot quicker than residential, but we’ve got a lot of detail that we have to do to build out this club, so I need the time,” said Paterson.

The sequence in which the townhomes will be built is based on sales. The plan is to build five townhome buildings with four 3-story units each. Paterson said that before his bank will release funding for each townhome building, two out of the four units in the building must be sold.

Paterson said he currently has two units sold in one building, and one unit sold in another building. He expects that by the time he receives all his approvals from the City, construction on those two buildings will be ready to start immediately. Once construction gets underway, each townhome building will take 18 months to complete.

Paterson explained that once he starts a building, the bank money is already in place, and “it doesn’t matter what happens to the economy…that building is built from start to finish.”

“We’re building the club regardless of the townhouses,” he said.

Once the new clubhouse is fully operational, the building that is the current gym will be turned into an indoor basketball court and kids center. The new clubhouse will have its own 10,000-square-foot gym. The existing pool will be demolished and two lap pools and a kids’ pool will be built.

In order to carry out his redevelopment plans, Paterson is requesting several text amendments to the city’s zoning code.

The yacht club property is currently zoned as a business district that does not allow for a residential component. In order to build the townhomes and single-family homes, Paterson is requesting that a new zoning district be created.

Additional requests are being made pertaining to the number of parking spaces required, the percentage of pervious and impervious areas required on the property, the length of the townhome buildings, property setbacks, and the operation of a limited number of yacht club facility-related businesses out of the yacht club premises.

Planning and Zoning Board members Bill Gallo (Vice Chair) and Susan Motley emphasized that they would not be prepared to approve anything until the Board receives a complete package that includes a development agreement, the text amendments to the city’s Comprehensive Plan and zoning code, the final site plan, a detailed phase plan, a parking study, a traffic analysis, and a landscape plan.

Following the Planning and Zoning Board meeting, Paterson’s attorney submitted a revised development agreement to the City, along with other documents.

City staff has been reviewing the documents, and providing feedback to Paterson and his attorney, according to Mayor Troast. Once the package is finalized, it will go to the city’s Development Review Committee, the Planning and Zoning Board and the City Commission. The final site plan will also go to the Community Appearance Board for approval.

Last October, the Broward County Commission approved Paterson’s application for a land use plan amendment that allows up to 22 residential units to be built on the yacht club property.

“I’m very excited that this project is moving forward and I think they’ve come up with a very exciting plan for the yacht club,” said Troast. “It’s just a matter of getting everything done to make it happen.” 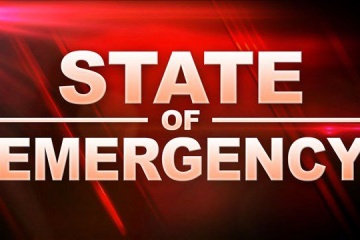