Several long-term Lighthouse Point road closures will take effect starting on the morning of Monday, Nov. 4, when two major projects get underway – the replacement of the Ibis Bridge, expected to take about one year, and the refurbishment of a master pump station, expected to take eight months.

The Ibis Bridge is located on Lighthouse Drive (NE 23rd Avenue) between NE 29th Street and NE 30th Street, over the Ibis Waterway. For the duration of the construction work, be on the lookout for detours north and south of the bridge.

Due to the nature of the neighborhood detours, the City is encouraging motorists to bypass the work zone as much as possible by using NE 24th Street, NE 29th Street and Sample Road (NE 36th Street) to enter and exit the south end of the city.

At the end of this coming week, workers will start dismantling the existing two-lane bridge, which was built in 1950, and has been designated by the Florida Department of Transportation (FDOT) as structurally deficient.

FDOT will carry out and fund the construction of the new bridge at an estimated cost of $2.4 million.

The project work hours will be Monday through Friday from 8am to 6pm. The project is estimated to be completed in fall of 2020.

The project start date was originally scheduled for Aug. 29, but was then pushed to the beginning of October. According to FDOT, the contractor requested a 33-day extension to procure specialized reinforcement material that extends the life of the bridge and requires less maintenance over time.

In addition, the project couldn’t start until the exact location of a sewer force main and two water mains that lie beneath the canal bed was determined. As the bridge construction work involves driving piles on both sides of the utilities, the specific location of the pipes was needed to avoid a possible rupture. Once the pipes were located, the bridge design was revised in order for the work to be carried out within a “safe envelope.”

For the duration of the project, a portion of NE 22nd Avenue near the pump station will be closed to northbound and southbound traffic, with a detour to NE 41st Street. The access road along the south side of the station will also be closed. Access to driveways, sidewalks and side streets will be maintained.

The project is estimated to take 8 months with a completion date of June 30, 2020.

The purpose of the project is to rehabilitate the pump station by replacing aged mechanical, electrical, and plumbing components. Construction activities will include concrete repairs, replacement of existing pumps, pipes and fittings, installation of an air quality control system, and landscape improvements.

We will keep you updated on any changes to the Lighthouse Point road closures. 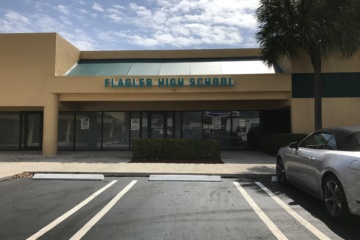