At the start of the meeting, a moment of silence was held for Troast, who had been battling cancer for several years. He was serving his third term as mayor, which would have ended in March 2024.

According to the city’s charter, in the event a vacancy occurs in the office of mayor, the city commission must elect by majority vote a mayor from among its members to serve until the next regular city election, which is in March 2024.

Van Buskirk, who has served on the commission for eight years, will not officially be mayor until he is sworn into office next Monday. He said he did not want to be sworn in until after the city’s Keeper Days weekend.

“This is a time to honor Glenn’s legacy over this Keeper Days weekend,” said Van Buskirk. “There is no doubt he has been a keeper of our city.”

The first order of business at last night’s meeting was for the Commission to determine the process by which they would select a commissioner to fill the position of mayor. Once that was decided, Commissioner Sandy Johnson nominated Van Buskirk, and Commissioner Michael Long nominated himself “for discussion purposes.”

Each nominee was given several minutes to speak about their qualifications to serve as mayor.

“First, I want to say there’s no way that anyone would ever want to become mayor of our city on these terms,” said Van Buskirk.

Van Buskirk noted that, over the last five months, he has spoken openly about his aspirations of running for mayor in the 2024 election.

Van Buskirk highlighted how his leadership role as a battalion chief would help him as mayor. He also said that his work schedule as a firefighter – 24 hours on/48 hours off – “will allow me to spend the time that is needed to be a successful mayor.”

“As our mayor, I will continue to be an active listener to our residents, while moving us forward to the future,” said Van Buskirk.

“Public service has been my life for pretty much all my adult life,” said Long.

During the meeting, members of the public were able to provide their input both in-person and virtually.

When it came time to for the Commission to vote on who would be the next mayor, Long, seeing that the majority of the vote was going to Van Buskirk, also cast his vote for Van Buskirk, making it unanimous.

Van Buskirk told Long: “I thank you, and I look forward to leaning on you as a new mayor.”

In addition to electing a new mayor, the Commission also voted to hold a special city commission meeting on April 6, 2022 at 6:30pm to discuss a process to fill Van Buskirk’s commission seat.

According to the city’s charter, when a vacancy occurs on the city commission, the commission has 60 days, by majority vote, to elect a person having the qualifications for the office to fill the vacancy until the next regular election. The open commission seat can be filled by any qualified resident of  Lighthouse Point. 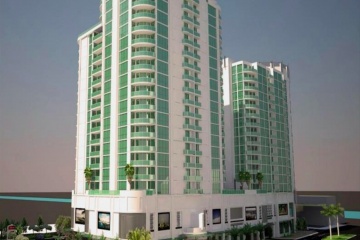