LIGHTHOUSE POINT YACHT CLUB REDEVELOPMENT: The Lighthouse Point Yacht Club owner and developer, Terry Paterson, got preliminary approval from the County on Thursday for a land use plan amendment that will allow him to build up to 22 residential units on the yacht club property.

Paterson is asking that the “commercial recreation” land use designation of just under 3.7 acres of the yacht club property be changed, so he can build up to six residential units per acre on that portion of the site, which is currently used for tennis courts and parking. Paterson plans to use the proceeds from the sale of the proposed luxury residential units – which would be townhomes and possibly two single-family homes – to subsidize an updated yacht club facility.

According to Stephanie Toothaker, the attorney representing the developer, a site plan is “very close” to being submitted to the City, and will probably go to the city’s Development Review Committee in September.

The site plan will also be reviewed by the Community Appearance Board and the Planning and Zoning Board. It is not required to go before the City Commission; however, because of the importance and scale of the project, a development agreement between the City and the developer will provide that the site plan goes to the City Commission after final review by the Planning and Zoning Board.

The developer will also be requesting text amendments to the city’s zoning code and comprehensive plan, which will be considered at the same time as the site plan.

In April, the City Commission gave its preliminary approval for the land use plan amendment that is being requested by the developer. It will come back to the City Commission for a second and final vote after it goes before the Broward County Commission, and after the site plan and the amendments to the city’s zoning code and comprehensive plan have been addressed.

The original application for a land use change that Paterson submitted to the City in July 2018 proposed 36 townhomes, which is 11 units per acre, but city officials, the Planning and Zoning Board and members of the community expressed concerns about the density.

At the Broward County Planning Council hearing, two Lighthouse Point residents who live in close proximity of the yacht club voiced concerns about density and increased traffic, as did the three council members who voted against the land use change.

Toothaker told the planning council that most of the concerns raised would be worked out through the site plan process, and that if the Planning and Zoning Board and the City Commission aren’t happy with 22 residential units, “they’ll make us reduce it.”

After the planning council voted to approve the land use change to allow for the Lighthouse Point Yacht Club redevelopment, Paterson said: “I’m very happy. We’ve still got a long road ahead, and this is just another stepping stone.”

The Most Expensive House in Pompano Beach: Pictures and Price Info

HURRICANE UPDATE: Price Gouging?; How To Get Alerts From the City; Free Water 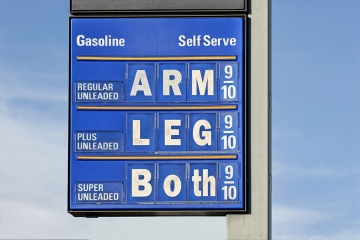