Public hearings to finalize the proposed city budget and millage rates for fiscal year 2019-2020, are scheduled to take place on Sept. 12 and Sept. 26 as part of the regular City Commission meetings to be held on those dates.

Public hearings for the proposed special assessment rates for fire protection, stormwater utility and solid waste services will also be held on Sept. 12.

The proposed city budget across all five operating funds is $20,689,285, which includes the General Fund (including police and fire), Tennis Center Fund, Garbage and Trash Fund, Debt Service Fund and the Stormwater Utility Fund.

The proposed fire protection assessment is $134.50 for single-family dwellings, which is the same rate as the current fiscal year.

The proposed stormwater utility assessment is $60 per year for a single-family property, which is the same rate that has been levied by the City since the stormwater fund was established in 2009.

There will be an increase in assessment rates for solid waste services, based on rates provided by Waste Management, the city’s contracted waste hauler. The proposed annual assessment rates are $484.68 per residential unit for properties with four or less units, and $434.88 per residential unit for properties with five or more units. 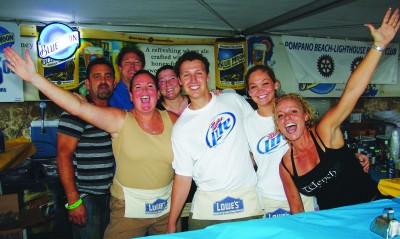