Start Small to get BIG Changes.

Experts agree that 90% of everything we do on a daily basis is done out of habit. I’m willing to bet that you do the same things, in the same order when you get out of bed.

Why? Because of habit. All of us have habits that are serving us (reading, working out, saving money, etc.) and allowing us to live our best life. And all of us have a few habits that may be holding us back.

Do a few come to mind?

If you truly want to improve your life and habits, I’m going to encourage you to start small. Think of it this way. If you get 1% better every day for a year, you will end up 37 times better at the end of the year. If you get 1% worse every day, you will decline nearly down to zero.

Think of a plane flying from Los Angeles to New York City. If the pilot leaving from LAX adjusts the heading just 3.5 degrees south, you will land in Washington DC, instead of New York. Such a small change is barely noticeable at the takeoff – but when magnified across the entire country, you end up hundreds of miles apart.

Small changes in your daily and weekly routine can lead to big changes in the long run, but you have to understand what progress really looks like.

For example, Cancer spends 80% of its life undetected then it can take over the body in months.

The Bamboo tree can barely be seen for the first 5 years, but down below the surface, it is growing an extensive root system. After 5 years, it can shoot up to as high as 90 feet.

Author James Clear in his book “Atomic Habits”, talks about the “Plateau of Latent Potential”, meaning that the measurable improvements will take a long time before they show up. For example, you can’t go to the gym for 3 weeks and complain that you aren’t getting major changes yet. It takes time. That work is not wasted, it’s just being stored.

When the stonecutter is hammering away at the rock, he may hit it 100 times with not even a crack, but on the 101st blow, the rock splits in two. Was it because of the last blow or the cumulative effect of all the blows that broke the rock?

Here is a strategy to help keep you on the right path. James Clear suggests focusing on “systems” instead of “goals”.

Now hear me out. Goals are important. You need to have a direction and a vision, but many times when the goal is achieved, people digress back to their old ways.

Look at it this way, someone may have a goal to run a 5K. They commit to the training, get in great shape, eat right, then after the race, they stop running because they achieved the goal.

Instead of focusing on the race, focus on your identity. See yourself and think of yourself as a “runner”. Meaning you becoming a runner is a permanent change. After the 5K, you will continue to run and find other races to participate in.

You now focus on your daily and weekly system, such as what days do you run, how much rest you get, what foods you consume for optimal performance, and working with a coach once per week.

When you focus on the system or the process, you will get the desired results and keep them because you see yourself differently than the person that is just running to do one race one time.

What small changes can you start today? Get a few new habits in motion and the Law of the Big Mo (Momentum) will kick in you will be on your way to living and feeling your best!

Thank you for being a part of the Elite Force family! 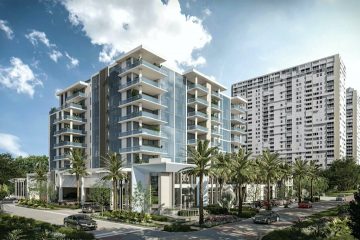