FPL UNDERGROUND LINES: Florida Power & Light has selected portions of Lighthouse Point, Pompano Beach and Deerfield Beach, as well as other areas in Broward County, to be part of a pilot program that will convert certain overhead neighborhood power lines to underground lines. Burying the power lines is part of FPL’s ongoing efforts to reduce outages during storms, particularly hurricanes.

The three-year pilot project, which started at the end of 2018, is called the Storm Secure Underground Program. It is being carried out by FPL in different municipalities throughout its service territory, which includes 35 counties, or just over half the state of Florida.

In Lighthouse Point, the pilot program is slated to start in the first quarter of 2020, said Tim Hogans, FPL’s external affairs manager of northern Broward County. The pilot programs in portions of Pompano Beach and Deerfield Beach will also be starting in 2020, Hogans said.

Specific locations for the FPL underground lines in Pompano Beach and Deerfield Beach have not yet been announced.

FPL is currently in the process of designing the projects and getting permits. Customers who will be affected by the program will be sent an official letter from FPL well in advance, so they can plan and prepare accordingly, said Hogans.

There is no cost to the municipalities to participate in the pilot program, and residents will not have to pay any out-of-pocket or upfront costs, because the project costs have been accounted for in FPL’s current rates.

Earlier this year, the Florida legislature passed a bill that allows FPL and other utilities to increase their rates in order to pay for improvements that will make the state’s electrical grid more resilient against hurricanes. Any rate changes would have to be approved by the Florida Public Service Commission, which regulates the utilities.

Since 2006, FPL has spent nearly $4 billion on strengthening its entire grid, including “hardening” its feeder lines (higher voltage main power lines), which involves replacing existing poles (usually wooden) with thicker, taller concrete poles that can withstand winds up to 150 mph.

FPL will continue to harden feeder lines in Lighthouse Point, Pompano Beach and Deerfield Beach, and other municipalities throughout its service area.

“Undergrounding the lateral and service lines is the next step,” said Hogans. “Hopefully, we’ll see less outages all around. That’s the whole goal.”

Once the new lateral and service lines are placed underground, the power poles will remain in place because AT&T and Comcast utilities will still be on the poles. FPL will remove its power lines from the poles and cut the tops off the poles just above the lines that belong to AT&T and Comcast.

When burying the power lines, in most cases, FPL or its contractors will use low-impact drilling equipment, such as a missile bore, which minimizes disruption to property. Once construction is complete, property will be restored to its pre-construction condition.

Mayor Glenn Troast said FPL has already contacted homeowners in the city’s marina area to get easements from them, meaning permission for FPL to install its facilities on their property. All the easements need to be in place before the project begins.

It was the consensus of the Commissioners that they would like FPL to come speak to them about the pilot program.

Hogans and members of FPL’s undergrounding program team are scheduled to be at the Lighthouse Point City Commission meeting on Dec. 10, 2019 to give a presentation about the pilot program, and to address any questions from the Commission.

There are already some homes in Lighthouse Point that have underground FPL lines, which the customers did at their own expense. The standard practice today, based on state law, is that any new residential subdivisions are required to have underground lines, said Hogans. 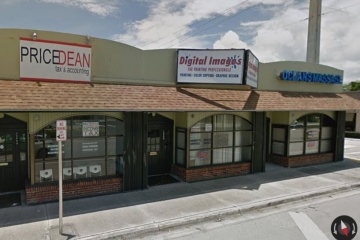