The City Commission adopts ordinance to move provisions for Planning and Zoning Board from City charter to City’s code of ordinances.

LIGHTHOUSE POINT ZONING: The City Commission, at its May 28 meeting, adopted an ordinance that implemented an amendment approved by Lighthouse Point voters last November to remove provisions for the Planning and Zoning Board from the City’s charter and place them in the City’s code of ordinances. The amendment was proposed so changes pertaining to the board’s members, meetings and duties could be made by the City Commission through adoption of ordinances, rather than charter amendments requiring approval by voter referendum.

The new ordinance removed the provisions contained in Section 4 of the charter, “City planning and zoning board,” and codified them into two sections of the City’s code, which were completely rewritten.

Under the newly revised code, the number of regular Planning and Zoning Board members remains at five, but the number of alternate members has increased from two to four, to help ensure there is a full board of five people at every meeting. In addition, the terms of board members, who are appointed by resolution of the City Commission, are now three years instead of one year, which is consistent with most of the City’s other boards. Terms will now be staggered to avoid having the entire board reappointed every year.

The new ordinance clarifies the qualifications needed for individuals to be appointed as regular members or alternates to the Planning and Zoning Board, as well as the authorized process for participation by alternates at meetings, and the duties of the Planning and Zoning Board. The ordinance also provides additional criteria required for the board to grant a variance.

For the duties of the board, sections of the City’s Land Development Code provide for roles of the board on various topics. While the ordinance doesn’t add any new duties, it includes a list of those topics in one place for easier reference in determining whether an application or item requires the board’s approval.

The Planning and Zoning Board will be reviewing significant upcoming projects in the city, including the redevelopment of the Lighthouse Point Yacht Club, the new fire station and other projects that are being funded with proceeds from the City’s $16.5 million bond issue.

As of June 2019, the Planning and Zoning Board regular monthly meetings take place at 6:30pm, instead of 7:30pm, at the Lighthouse Point City Hall complex. 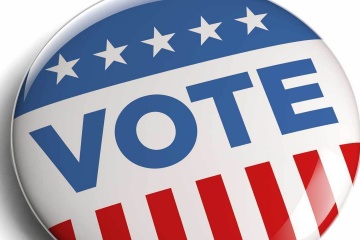