The City Commission, at its virtual meeting on Tuesday night, authorized the purchase of body-worn cameras, or body cams, for Lighthouse Point police officers.

Licata said that to meet the growing nationwide demand for accountability and transparency of how law enforcement agencies and their police officers work, “the time has come that we outfit our police officers with body-worn cameras.”

Licata emphasized that while there are isolated incidents around the country where police officers engage in police misconduct, including excessive force and racial bigotry, the vast majority of the nearly 800,000 police officers nationwide “conduct themselves professionally, with character, integrity and self-discipline, while treating those they serve with dignity, respect and understanding.”

Use of the body cameras will “reinforce the professionalism we display here in Lighthouse Point,” said Licata, as well as promote improved conduct by both citizens and police officers, reduce complaints of police misconduct, help assess police performance issues, and provide compelling evidence for criminal prosecutions.

Mayor Glenn Troast noted that “the reality is that everyone has a camera with them on their cell phone,” and those cameras catch reactions, not how things started.

“This is a tool that will show how things started and hopefully provide a complete record of any incident,” said Troast.

The City will enter into a 10-year agreement with Axon Enterprise for the purchase of 33 body cameras, which includes configuration, training, and replacement of all the cameras, software and docking units every 2.5 years. Axon is the same company that makes Taser devices.

Licata said the body cameras are designed with a proprietary automatic activation signal, which begins recording when the officer’s Taser is removed from the holster. The camera will also be automatically activated when a firearm is drawn from the holster, and when the lights and siren are activated on a police car.

The camera system has a redaction software program, and the ability to transmit the video and data to the state attorney’s office and the public defender’s office, if necessary.

The first year of the agreement will cost $70,000, and will be paid from the federal forfeiture fund (which comes from seized assets). Years 2 through 10 will cost $42,134 annually, which will come from the City’s general fund.

During the Commission discussion, it was noted that Lighthouse Point first started talking about implementing the body-worn camera system almost 10 years ago, but there were concerns about right-to-privacy issues for citizens, and how the data would be used.

Licata said that in the past few years, the Florida legislature has enacted specific laws that exempt much of the video and data that is gleaned from body cameras from public record.

Commissioner Jason Joffe voted in favor of the body cameras, but expressed concern about what the operating procedures will be and when the cameras will be turned on, in order to have video evidence if needed.

Licata said there will be detailed policies in place for the use of the cameras, and “there will be serious ramifications for our personnel, as is the case in other cities, if they’re not using the cameras as they were provided for and designed.”

Although the cameras have several built-in automatic activation features, there will be times when the officers have to turn the camera on and off manually when going on calls for service.

“There’s going to be a learning curve to this,” said Licata, because “It’s not something they’re accustomed to doing,” but it will be reinforced until it becomes second nature.

“Anytime you add technology and try to enhance what you’re doing and give your officers additional tools, it creates additional work and burden, but I think the benefit is going to far outweigh the extra work that’s involved.” 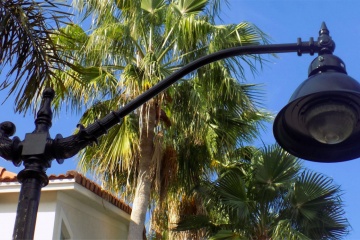