LighthousePint officials are continuing their efforts to stop a bike lane project that the Florida Department of Transportation (FDOT) plans to carry out along Federal Highway from Sample Road (Pompano Beach) to the Palm Beach County line (Deerfield Beach). FDOT has been moving ahead with the project, even though the LHP City Commission passed a resolution in March expressing its strong opposition to the project due to safety concerns.

Lighthouse Point Mayor Glenn Troast has reached out to members of the Broward County Commission, as well as State Sen. Gary Farmer and State Rep. Chip LaMarca, and asked them to contact FDOT regarding the concerns the City has with the project.

“This project is a major safety issue to me,” said Troast. “I’m not willing to drop it yet.”

The project calls for narrowing the landscaped traffic separators along Federal Highway and restriping the traffic lanes, in order to convert the existing 3-foot-wide northbound and southbound shoulders currently used by bicyclists into 5-foot-wide designated bike lanes with no buffer. FDOT has said the width of the traffic lanes would not be reduced.  These changes would affect all drivers traveling through Pompano Beach and Deerfield Beach as well as Lighthouse Point residents.

One of Troast’s greatest concerns is that along the highway there are many turn-offs into businesses, and drivers making those turns may not see that there’s a bicyclist coming up from behind.

Troast said he has seen too many bicycle-car accidents on Federal Highway, including one involving someone he knows, who was hit while riding a bicycle because the driver of a car making a right-hand turn didn’t see the bicyclist coming and failed to yield.

“With all the cut-ins along Federal Highway that are adjacent to the bike lanes, I think it’s a recipe for disaster,” said Troast.

The project, which includes improvements for pedestrians, is a Broward County Metropolitan Planning Organization (MPO) “Complete Streets” project that is on the MPO’s priority list and has been funded for construction. The Complete Streets initiative aims to provide safe access for all users, including pedestrians, bicyclists, motorists and transit riders.

The resolution that the City Commission adopted in March urged that “the project be cancelled and that the funding be allocated to projects in other areas which are conducive to and safe for bicycle and pedestrian use.”

The resolution was sent to FDOT, the MPO, Florida Gov. Ron DeSantis, the City of Deerfield Beach, the City of Pompano Beach and members of the Broward County Legislative Delegation that represent portions of the city.

In April, FDOT sent a letter to Troast saying that FDOT and the MPO “are committed to moving forward with the project” and that FDOT’s goal and statutory responsibility is to “safely meet the needs of all travel modes.” In May, the MPO sent a response to the City Administration saying that it supports FDOT’s decision to move forward with the implementation of the project.

“FDOT has conducted extensive coordination with local stakeholders and has revised the plan for this corridor to address and incorporate comments and concerns received,” said the letter from MPO.

Commission Vice President Michael Long, who brought forward the resolution, believes, like Troast, that the project increases the risk of injuries or fatalities along the Federal Highway corridor in Lighthouse Point and Deerfield Beach, particularly due to the turn-offs into businesses.

In an effort to possibly find a way to stop the project, Long has spoken to various elected officials and business owners who are opposed to the project. He said some of the businesses are wondering why they are only learning of it now, and were not informed by FDOT about such a significant project.

The City didn’t learn about the project until it was already well into the design phase, and was going to negatively impact a number of city trees, particularly royal palms, along the highway. The City Commission was able to reach a compromise with FDOT and the MPO regarding the trees, but was given no option to reject the project itself.

Long said the two cities should have had a much greater input from the very beginning.

“It’s upsetting to me that other areas of government such as FDOT and the MPO fail to take into account the desires and needs of the affected cities with more than just lip service,” he said.

The Federal Highway bike lane project is scheduled to start in January 2020, and should take about a year-and-a-half to complete, according to Scott Thurman, the FDOT project manager. The estimated cost of the project is about $6.5 million.

Thurman said the project will provide “a missing link” between the 4-foot bike lanes that already exist along Federal Highway south of Sample Road to just north of Atlantic Boulevard (Pompano Beach) , and from the Palm Beach County line northward.

Both Long and Troast plan to continue their efforts to stop the project, though they’re not sure what results they will bring.

“I’m not optimistic, but I would be pleasantly surprised if something did happen,” said Long.

This story was prepared by our Pompano Beach/Deerfield Beach news desk with additional information from various public sources and their websites. 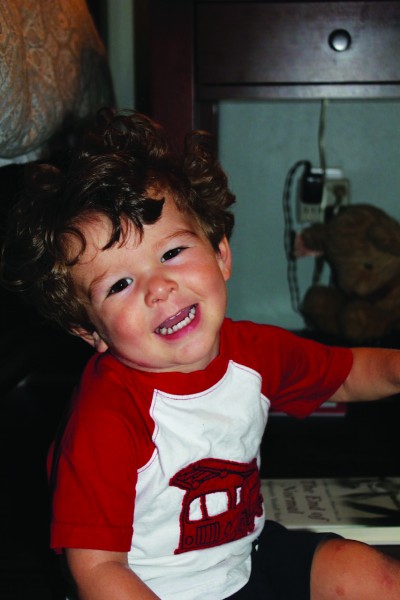