The former gas station that stood vacant at 2101 NE 36th Street (Sample Road) for approximately 14 years was demolished on Wednesday, March 4, to make way for the new Lighthouse Point fire station and emergency operations center (EOC), one of the five projects that will be funded with proceeds from the City’s $16.5 million bond issue.

“We’re looking forward to the start of the fire station and EOC, which begins with the demolition of this building,” said Troast.

The former convenience store located at 3670 NE 21st Way, on the northwest corner of the site, is also being demolished.

“Today we embarked on the start of our citywide improvement projects for the future of our residents, their families and friends,” said Commissioner Kyle Van Buskirk.

The City purchased the land for the new fire station in June 2018 at a price of $1.75 million, which was refunded back to the city with the bond funds.

The city’s current fire station is almost 47 years old. The new fire station will be built to withstand a Category 5 hurricane, which will allow first responders and essential city staff to remain in the city during major storms.

“It’s a great day in Lighthouse Point,” said Commissioner Michael Long. “It’s been years in the making and is going to mean a lot to our city and our residents.”

The demolition work, which is being carried out by Rick Hamann and Sons Demolition, is expected to be completed in about one week. In addition to tearing down the two buildings, work on the site includes removing the building footers and all the asphalt.

“It’s the beginning of a new era,” said Commissioner Sandy Johnson. “It’s been a long time coming – getting rid of this gas station, and then turning it into a phenomenal, modern fire house.”

Lighthouse Point Fire Chief Shawn Gilmartin said: “Everyone in the fire department is excited to see this demolition and for the construction to begin on our new multi-purpose, Category 5-rated fire station and EOC, which will also serve as a beautiful gateway to our city.”

The Community Appearance Board and the Planning and Zoning Board recently approved the site plan for the new fire station, as well as the other bond projects, which are a new community center at Dan Witt Park that will double as an EOC for the police department; a new public works administration building; renovation of an existing public works building to be used for fleet maintenance; and the buildout of the second floor of the library for use as a community room.

Currie Sowards Aguila Architects, the firm hired by the City to design the bond projects, is currently working on the final construction plans that will soon go to the city’s Building Department for review. 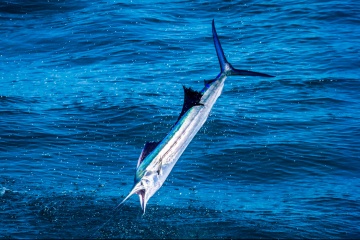