Residents who opposed the culvert concept are relieved by the decision.

Lighthouse Point residents concerned about a possible plan to replace the Alamanda Bridge on NE 24th Avenue (between NE 46th and 47th Streets) with a culvert got some good news at this week’s city commission meeting.

Mayor Glenn Troast stated that the concept of the culvert, which the City had been considering, was “being pulled and will not be happening.”

Instead, the City will issue a Request for Qualifications (RFQ) to find a bridge engineering consultant that can assist the City in evaluating other options that may be available, said Troast.

Last year, the Broward County Commission approved $913,588 in transportation surtax funds for the replacement of the Alamanda Bridge.

The City was considering a concept to replace the Alamanda Bridge with a culvert, or large round pipe, possibly seven feet tall, which the water would pass through. At road level, it would have looked like a bridge with a sidewalk, pedestrian barriers and lighting. The portion of the waterway that extends under the bridge is not considered navigable.

The culvert concept was discussed at length during the City Commission meeting on July 13. City Engineer Cary Winningham reviewed the advantages and disadvantages of constructing a bridge or a culvert, stating that a culvert would be less expensive than a new bridge, and vehicular traffic could be maintained during replacement. The Alamanda Bridge is the only means of access to NE 47th Street, which sits on an “island.” Winningham explained that a new bridge would require shutting down the island for 12 to 18 months, but closures for a culvert would be minimal and potentially not required at all.

Residents who live next to the Alamanda Bridge expressed concern about the aesthetics of a culvert, as well as a decrease in water flow that would cause a greater amount of floating debris to accumulate. They also emphasized that Lighthouse Point is a boating community, known for its beautiful waterways, and converting the Alamanda Bridge into a culvert would set “a precedent” for other bridges in the city. Some residents started a website and an online petition against the culvert.

The City Commission authorized the city engineer to prepare conceptual designs and water flow calculations for additional discussion of a culvert at the Aug. 24 city commission meeting. Instead, at that meeting, Troast announced the City’s decision to drop the culvert concept. He said the project was pulled to ensure the City has “accurate information and a collaborative process.”

“I will assure everyone that we’re going to do this in an open format,” said Troast.

Troast emphasized that there was never a plan to construct a culvert with two 24-inch pipes on the Alamanda Bridge, and “there never will be as long as I am mayor.”

During the meeting, several residents who opposed the culvert thanked the mayor for taking the idea off the table.

The funds awarded by the County for the Alamanda Bridge project expire in June 2023.

Troast said he has spoken with County Commissioner Lamar Fisher, who has assured him “that he will do everything in his power to not only get that money extended but to also assist us in obtaining additional funds when the time comes to design and build a bridge on 24th Avenue.” Troast said the City will also be looking at the possibility of getting grant money and federal funding for certain bridges.

The bridge engineering consultant the City is looking to hire would evaluate other bridges in the city, not just the Alamanda Bridge, said Troast.

LIGHTHOUSE POINT LIBRARY MAY GET A NEW CHILDREN'S WING 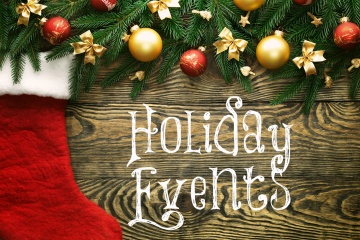