Kester Park is set to undergo major upgrades starting this month, including renovation of the existing concession building and construction of a new restroom building, as well as parking area improvements.

The well-frequented 8.4-acre park in Old Pompano is home to two regulation baseball fields, a soccer field, a sand volleyball court, playground and picnic area. The construction work, which is expected to last approximately 270 days, will be phased in order to avoid disrupting the various sports activities, and to ensure there will always be restrooms available, said Tammy Good, the project manager.

When the restroom building is completed, work will begin on the interior of the 650-square-foot concession building, which will be gutted. Concession storage and a new office will be added. The kitchen area will be equipped with all new appliances, including a new popcorn machine and ice machine. Renovations to the building’s exterior will include the construction of a new covered patio to provide outdoor seating for park patrons.

The park’s existing picnic pavilion, or gazebo, will be reroofed with material that will match the metal roofing of the new restroom building and the renovated concession building.

In the last phase of the project, the parking lot on the eastern edge of the park will receive an overlay of asphalt, and the base will be repaired if there are any existing cracks, potholes or areas that hold water, or if construction activities cause any damage. The parking lot will be restriped and bumper stops will be installed.

The total cost of the project is just over $380,000. A contract for the work was awarded to C. Square Construction Management, a Pompano Beach contractor that has previously completed a number of projects for the City of Pompano Beach, including the new concession at Mitchell Moore Park. The firm is also currently under contract to construct new restrooms at Community Park and the municipal golf course.

In addition to the concession and restroom upgrades, the City is preparing the redesign of the rest of the park, which is one of the projects that will be funded by the G.O. Bond approved by voters last March.

The City has also been awarded a $200,000 grant from the National Parks Service Land and Water Conservation Fund. It will be used for new LED overhead sports lights, which will provide focused lighting on the fields and reduce spillover into the residential area. Any remaining funds could be used for other improvements to the fields, such as new dugouts and fencing. 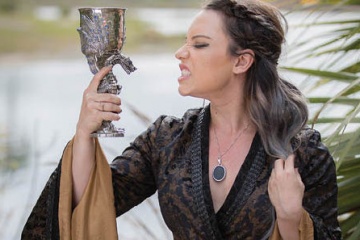