The city has honored John Trudel, who served as the Parks and Recreation Director of Lighthouse Point for over 40 years until his retirement in 2015, by naming the athletic field at Frank McDonough Park as “John Trudel Field.”

“John is a true treasure to the city,” said Mayor Glenn Troast. “He devoted his entire life to our residents and our children, and I’m very proud to have worked with him.”

At its June 12 meeting, the City Commission passed a resolution to name the field after Trudel, and the mayor presented Trudel with a plaque in recognition of his longtime service to the city.

Trudel played an integral role in overseeing renovations to the city’s sports fields, local playgrounds, and the tennis center, as well as coordinating summer camp programs, concerts and all special events in the city’s parks.

He was also instrumental in starting the city’s annual Keeper Days celebration, Lighthouse A’Glow at Frank McDonough Park, and the Halloween event at Dan Witt Park, which he oversaw each year.

“I was the city’s first paid full-time recreation director,” said Trudel. “As the city was growing, it became clear that there was a need for someone to fill this role.”

He was hired in 1974, right after graduating from Florida Atlantic University (FAU) with a degree in Physical Education. He had planned on teaching at a local high school, but when the opportunity to become recreation director arose, he “decided to go for it,” he said.

While attending FAU, Trudel worked part-time for the city’s Recreation Committee, which was headed by Dan Witt, who Trudel considers his mentor.

It was when Trudel’s family moved to Lighthouse Point from New Hampshire in 1959 that he first met Witt, who was their backyard neighbor. Trudel was eight years old; Witt was about 25 years his senior.

“I have three brothers, and we were all playing sports in the yard, and he came to the fence and talked to me about playing on a city football team,” said Trudel.

Witt oversaw all youth sports programs in Lighthouse Point at Frank McDonough Park, which, in the early stages of the city, was known as Lake Placid Park, and was the only park in the city at that time. When Trudel started playing tackle football, it was for the Lighthouse Point Buccaneers, coached by Witt.

“He kind of took me under his wing,” said Trudel. “He would bring me to the park whenever he’d go so I could help him line the field before game time. He taught me a lot. It’s kind of funny how things happen.

“I know he was really proud that I became the recreation director, and I think he’d be proud to know that I was getting a field named after me too,” said Trudel.

The first sporting event Trudel ever participated in was on the field that now bears his name. He played his first tackle football game there as a youngster.

Back then, the park was mostly sand and sandspurs, so, under Witt’s direction, Trudel, along with his teammates and a group of resident volunteers, cleared out the sandspurs, laid sod, and the first real playing field at the park was established.

When Trudel was in college, he met his wife Debbie on a local football field. Her brother was a player on the team Trudel was coaching. An introduction was made, and soon she and Trudel were dating.

They got married in 1975, and raised their son and three daughters in Lighthouse Point.

“I’m very lucky,” said Trudel. “I got to bring my kids to work with me a lot. They got to enjoy the park while I was working. They got to grow up there.”

Trudel was involved in the development of DeGroff Park and Exchange Club Park, both on the Intracoastal, and headed a campaign to get lighting installed on the city’s athletic fields.

“We never had lit ball fields before. I really pushed for that,” said Trudel. “It’s fantastic now that we’re able to enjoy evening events.”

Trudel also made sure the city’s summer sailing program for kids, which started back in 1956, was carried on every year, including the Mayor’s Cup Race that takes place at the end.

“It’s kind of unique for a community like ours,” said Trudel. “It was a tradition that the city started and we wanted to keep it going.”

During his time as the city’s Parks and Recreation Director, Trudel touched at least three generations of families in Lighthouse Point, and served under nine of the city’s 10 mayors.

What Trudel found most rewarding was watching kids get “that special look on their face” when they made their first base hit or first touchdown, and their excitement and sense of accomplishment.

Now, what he enjoys most is when he sees people who participated in the park programs, or whose children did, and they talk about the “good old times,” he said.

“The kids in our community have been great over the 40 years that I’ve been dealing with them,” said Trudel. “Parents and children. They’ve all been just fabulous.”

“It’s really an honor to be included in the same group as Dan Witt, Frank McDonough and Tom Richow, whose names are also on parks in our city,” he said. “They are true Lighthouse Point legends.”

In his retirement, Trudel still serves on the Keeper Days Committee and the Lighthouse A’Glow Committee, and as a volunteer in any way the city needs him. He enjoys going to the city’s parks occasionally to sit and watch the kids playing sports, which “makes me feel good,” he said. He also likes spending peaceful time fishing. 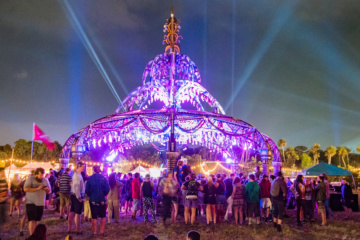