(Washington) On April 11, Congressman Ted Deutch (FL-22) sent a letter to the U.S. Department of the Treasury requesting information on reports that Kalashnikov USA, based in Pompano Beach, Florida, may have violated US sanctions through its relationship with the Russian gun manufacturer Kalashnikov. Congressman Deutch issued this statement:

“This story is layered with suspicious moves and questionable decisions. Kalashnikov USA, lured to Florida by Governor Scott, is reportedly using a web of shell companies to hide its relationship to the sanctioned Russian Kalashnikov company. In 2015, a year after the sanctions were put in place, Kalashnikov USA listed its parts and components as coming from Russia in its application for tax incentives. Even more troubling is this application was approved by Governor Scott’s administration.

“It is shameful that the State of Florida and Governor Rick Scott appeared to bend over backward to recruit a gun company with questionable ties to Russian oligarchs, especially as nearly seventy percent of Floridians support a ban on assault-style rifles. This case deserves a full investigation to determine whether federal laws were broken to protect Kalashnikov’s profits.”

Kalashnikov USA relocated their weapons assembly production to South Florida in 2015 and may have been offered tax incentives as part of Florida Governor Rick Scott’s push to lure weapons manufacturers to Florida. The Russian gun maker Kalashnikov is the manufacturer of AK-47 assault rifles, and in 2012 Kalashnikov USA became the sole distributor of Kalashnikov firearms in the United States. In 2014, the United States sanctioned Kalashnikov following Russia’s illegal actions in Ukraine. Though it claims to have no ownership connection to Kalashnikov in Russia, there are reports that Kalashnikov USA may be in violation of federal sanctions through continued business relations with the Russian company. According to these reports, the U.S. attorney’s office in Miami has an open criminal investigation into this case.

You can access the letter here or read the text below:

Kalashnikov USA is a firearms manufacturer and seller located in my congressional district. Recent media reports have raised questions as to whether Kalashnikov USA, or its parent company RWC Group LLC, may have violated federal sanctions law through illicit business relations with the Russian-owned Kalashnikov Concern JSC (“Kalashnikov Russia”).

According to a statement released by Kalashnikov USA, it relocated to South Florida in 2015. Reports indicate that Kalashnikov USA may have been offered tax incentives as part of Florida Governor Rick Scott’s push to lure weapons manufacturers to Florida. According to Kalashnikov USA’s own 2015 application for $162,000 in tax incentives, which was approved by Governor Scott’s administration, the company planned to assemble its weapons with parts and components imported from Kalashnikov Russia’s factory located in Russia.

As you know, Kalashnikov Russia was sanctioned in 2014 as part of the U.S. response to Vladimir Putin’s illegal actions in Ukraine. Given reports of Russia’s attempts to illegally fund the National Rifle Association, connections between a US weapons manufacturer and a sanctioned Russian company are even more alarming.

Reports detail that in 2012, RWC Group LLC, which owns Kalashnikov USA, became the sole distributor of Kalashnikov Russian weapons in the United States with the intention to pump 200,000 assault weapons into the market each year.

If these reports are accurate and Kalashnikov USA is using Russian parts from a sanctioned Russian company to assemble weapons of war, and Kalashnikov Russia is using Florida shell companies to generate profits in Russia, then a determination must be made into whether any violations of sanctions occurred or continue to occur.

In particular, I request timely answers to the following questions:

1) Would the importation of parts and components from a designated entity, i.e. a sanctioned company, violate Executive Order 13362 imposing sanctions on Russia?

2) Has Kalashnikov USA imported parts and components for its products from Kalashnikov Russia?

I appreciate your attention to this serious national security matter, and I look forward to a prompt response. 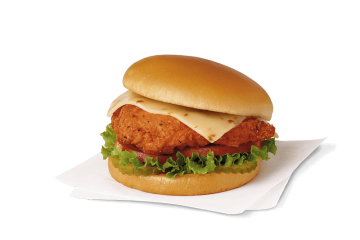