If you’re anything like me, you’ve been getting rather stir-crazy with this stubborn and incessant rainy weather. The hours spent cooped up inside have given me a glimpse of why Jack Nicholson’s character lost his mind in “The Shining.” Too many hours spent trapped inside is enough to make me tear out my hair. And in those glorious moments when the clouds do part — when the rain dries up and the sun finally breaks through — then I find myself enduring the sticky hot air of South Florida summer, wiping the sweat from my forehead, obsessively applying deodorant and teasing my greasy, humidified hair. On those days, I’m equally prone to hiding out in the air conditioning. While I admit I’m a fan of Netflix marathons, there are only so many hours I can spend zombified in front of a screen before my eyes begin to bulge. So, this summer I’ve decided to build up a list of indoor activities sure to spike adrenaline. I present you my list…

While there’s lots to do at Xtreme Action Sports — including roller skating, bowling, a massive arcade, escape rooms, laser tag, roller derby games and a ropes course — by far the most adrenaline-pushing activity is the racetrack. Xtreme Action Sports has a fleet of European Race Karts including three different models — the Biz Kart Junior Cadet, Biz Kart EVO3 Pro and Bowman Arrow Super. The cadet and pro karts can reach 45mph on the straightaways and the Supers 65mph. The racetrack has 48,000 square feet of track space (a half mile in distance) and 10 fast-paced turns, including one hairpin curve. The track is professionally timed; and the experience is probably the closest an amateur will get to being a race car driver. 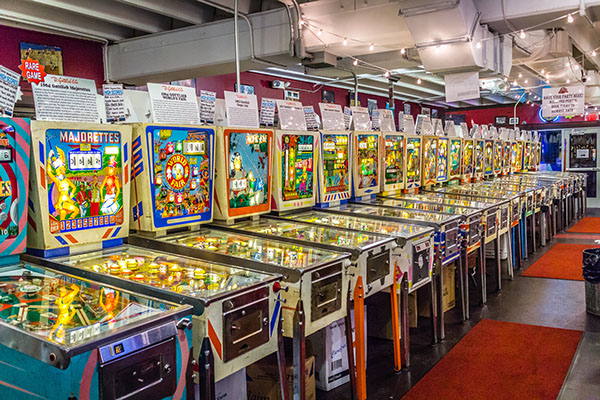 Don’t be scared off by the word “museum” and assume this place is a bore. This two story attraction is really an arcade of pin-ball machines spanning back to the 1950s though today’s most modern machines. Plus, there’s old classic video games like PacMan and Space Invaders. There are two full bars for cocktails, beer and wine.

The Museum sits on a municipal lot with eight-hour parking. Or, catch the Museum’s signature Katcha Ride, a golf cart service that runs up and down Atlantic Ave. and surrounding areas that provides transportation to and from the museum. Look online for the various Katcha Ride stops, or just look for the illuminated golf cart with a giant pinball sign on the roof traversing down Atlantic. 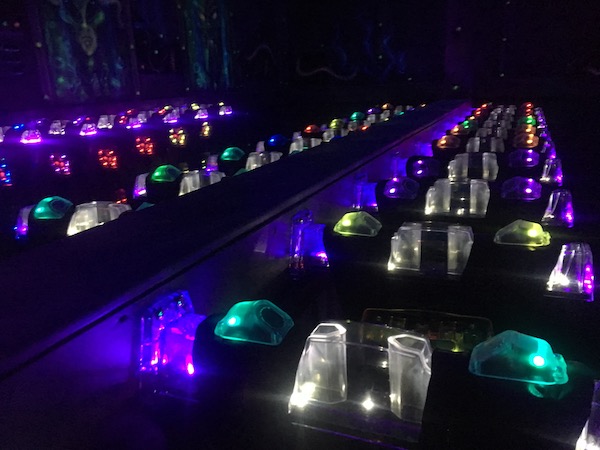 Lazerland’s 40-player lazer tag arena is straight-up awesome. It has custom, glow-in-the-dark graffiti on the walls, two stories to play on, tons of laser lights, bumping music and two ways to play — on teams, or every-person-for-themselves. There’s also a dodgeball arena and an arcade. The arcade has the classics like ski-ball, air hockey and clown ball toss, plus the newer, more hi-tech games with motion seats. Lazerland has multiple rooms for birthday parties, a snack bar and prize counter. With discretion parents can drop children off at Lazerland if they first fill out a waiver. Waivers can be found online at lazerlandofpompano.com.

For lazertag:$9 per game; or unlimited play Monday through Friday for $19.99

For both dodgeball and lazertag:unlimited play Monday through Friday for $24.99 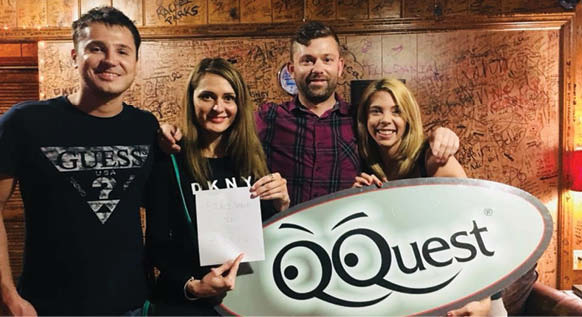 When I first heard of escape rooms, I imagined something like a haunted house with live actors…scared souls scrambling to escape zombies, or run around like rats in a maze. I really had no idea what to expect, but the mystery intrigued me. The butterfly-inducing fear of the unknown and unexpected was electrifying.

What I came to find out is that escape rooms are not so much a horror experience, as they are an energizing mental challenge. The basic idea is that participants enter a themed room — anything from a wild west theme, to zombies, mummies, bank robbers or murder mysteries — and are tasked with uncovering puzzles using the contents of the room (for example — the tee shirts hanging in the closet, the paintings on the walls, books, decks of cards and knick-knacks placed around the room).

The puzzles unlock a series of combination locks, each leading to more clues, puzzles, locks and eventually additional rooms. Some escape rooms have only two rooms, while others can have three or four, sometimes with hidden rooms, blacklight rooms or secret entries. The idea is to beat the clock (generally 60 minutes) and make it out the other side (without killing your teammates or filing for divorce). Working with others, of course, can be challenging; so the experience can be a great team-building exercise.

As the momentum progresses from one clue to the next, the rush is palpable. You’re mind goes on hyper-drive, focusing on every little detail of the objects and room. Good escape rooms have a variety of types of puzzles — some can be physical (such as using a magnet to guide something through a maze, tossing a hook to retrieve a set of keys or pumping water to push out a container of clues) while other puzzles deal with numbers, making connections between objects, recognizing patterns, using logic or playing word games. Each clue challenges the mind in a different way. If your team gets stuck, a walkie-talkie is provided to ask the room operator for clues and hints along the way.

I will warn you: escape rooms are semi-addicting. Be prepared to develop a craving for the mental rush.

Private rooms are $90 between two and ten players; frequent discounts can be found online and on Groupon

Try N’ Escape currently has two rooms: “Hang Em’ High” (a western themed room) and “Sara’s Got a Secret” (a mystery about a missing girl). A third room called “Monkey See” (set in a secret animal testing facility) is currently under construction.

Q-Quest is one of the oldest escape room facilities in the area. Q-Quest currently has two rooms: “Chainsaw Bob” (based on a chainsaw murder) and “Room Amnesia” (centered around someone who has suddenly lost their memory). 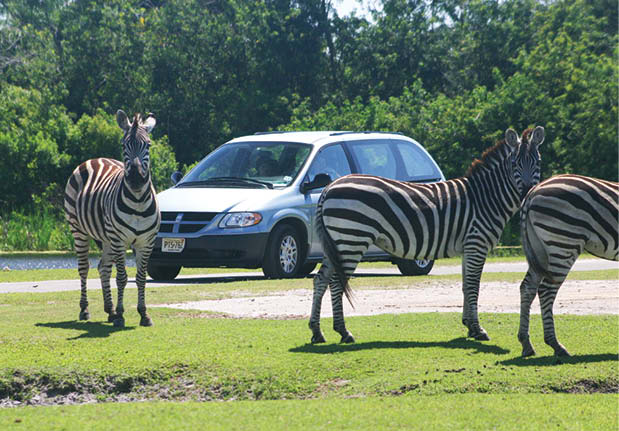 OK so this activity isn’t exactly indoors, but it is in an air-conditioned car. Lion Country Safari is basically a drive-through zoo with over 1,000 wild animals including giraffes, wildebeest, rhinoceroses, ostriches, monkeys and the kings of the kingdom — lions. The drive-through park is divided into seven themed sections and is accompanied by an audio tour (either via CD or the park’s app). The animals are active in wide-open-spaces, so the experience feels much more authentic than a traditional zoo. Lion Country Safari made USA Today’s top-ten drive through safaris list. After completing the driving tour, visitors can go to Lion Country Safari’s water park (which includes five rides, a thrilling water slide and water spray-ground); Or meander the walking park, which has dozens more animal displays, such as a monkey island, sloth tree, flamingo pond, porcupine zone and alligator area. Complimentary shows occur all day at various animal exhibits, and at the Animal Theater, a covered venue space for educational talks and showings. There is an animal petting zoo, restaurants and snack vendors. The park recommends leaving four to five hours to do both the drive through and walk through zoo. The drive-through safari took my group about 90 minutes.

Admission is $35 for anyone between the ages of 10 and 64, $31.50 for seniors 65 and older, $26 for children ages 3 to 9; and free for toddlers. Parking for the walking zoo is $8 per vehicle. If you book online, parking is free and every ticket is discounted $2. Coupons for various other discounts are also available online.

Painting with a Twist

Oh the adrenaline triggered by a blank canvas! Learn to paint. Canvas and all supplies are included for $35 per person.

Now this is the ultimate escape from the heat. Put on your mittens and go ice skating at Pompano Beach’s Glacier Ice and Snow Arena.

Or, attend one of the public “Cheap Skate” sessions, during which admission is only $6 per person. “Cheap Skate” hours are Mondays, Tuesdays and Thursdays from 8:20 to 10pm 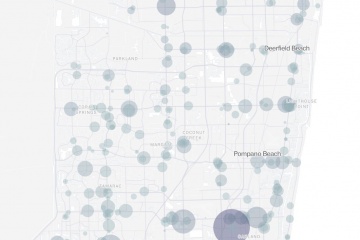