ICELAND – MYTH OF THE TROLLS

GO TO ICELAND?   LET ME TELL YOU WHY

Story and Photos by Eunice Hamblin

Why did I want to go to Iceland?  Well, I guess it was mostly out of curiosity, and of course July is a very good time to depart our beloved South Florida. What few articles I read talked about a unique geography, an exciting topography, not to mention a rich culture worth investigating. 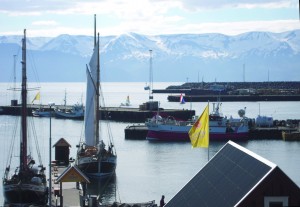 Iceland is one of the very few places in the world where you can actually see evidence that earth’s tectonic plates are pulling apart. Here you see the second largest rift valley on the planet and split rock walls, which are the result of the divergent plates (In New Zealand, the Southern Alps are the

result of plates pushing together). As a result of Iceland’s geological history, the country has over 100 volcanoes, 35 of which have been active over the past 10K years. In the past several centuries, eruptions have happened every five years on average.

Iceland also has the largest icecap or glacier (outside the Arctic Circle) in Europe: Vatnajolull at 3200 feet thick and 3200 square miles in area. Incredibly, underneath these glaciers are more volcanoes, like Katla and Grimsvotn that erupt, sending massive floods and ice across the southern black sand plain that knock out bridges and power lines along the way. Seismologists from all over the world study these volcanoes, so our guides promised everyone has plenty of warning to evacuate.

While we were there, the volcanoe, Hekla, was in the news, since she is due to erupt. Instead, the volcano Katla decided to play. Katla is under the Myrdalsjokull glacier. Two days after we drove by this sand flood plain, the bridge was washed out by Katla’s brief activity. Since there is only one paved road (Perimeter Road) around Iceland, this created a major transportation obstacle for Southeast Iceland.

In addition to our education about volcanoes, three earthquakes between 2000 and 2008 reminded us that the earth’s crust is separating beneath their feet in Iceland. Our Country Walker’s guides said, “not to worry,” since their earthquakes rarely exceeded 7 points on the Richter scale. They were equally comfortable with their volcanic activity. These certainly are resilient people.

All this geological activity continues to create a dramatic landscape of mountains and valleys, both lush and barren. We climbed sea cliffs and walked around fjords that were full of wildlife and waterfalls; everywhere the scenic beauty took our breath away. Iceland hosts Dettifoss, the most powerful waterfall in Europe. But, though Dettifoss was impressive, the one just above it, Selfoss, is the most beautiful waterfall I have seen in my travels. Conversely, when we traveled inland, we found a wasteland resembling a moonscape. The Apollo astronauts trained here for their moon walk. This area was eerily similar to the moon surface pictures they sent back.

Iceland is located adjacent to the Arctic Circle, which results in 2-4 hours of daylight in the winter and little to no night in the summer. I wore my long underwear most days (in July) and had difficulty sleeping with the sun shining all night. While in Iceland, we ate fish everyday on this trip. It was fried, broiled, poached, in soup, dried and stewed. We had a thirteen year-old on our trip and she got much more fish than she wanted or needed.

The population of Iceland is approximately 300,000. Two thirds of those live in the capital city of Reykjavik. The next largest town is Akureyri in the north with 17,000 people. The rest of the population is scattered around the country’s perimeter in towns averaging 300-700 residents.

We traveled between Reykjavik in the southwest to Akureyri in the Northwest, and witnessed a sense of community in both the cities and villages. Farming was the primary occupation in the past, but today, only 4% of the population lives on farms. Iceland’s land mass is about the same size as Kentucky, but with only 48% of the land inhabitable. It is estimated that when the Vikings arrived, 25% of the land was covered in trees (mostly birch), and now that figure is 1%.   The houses are very plain looking, probably because of the “Housing kits” that had to be imported from Denmark in the 1800’s.

Like Japan, Icelanders are homogenous. Our Country Walker guides explained that Iceland has been isolated and ignored for most of the 2000 years, since humans arrived on its Eastern coast. And Viking explorers arrived sometime before 870. The first Viking settlers brought conquered Celtic slaves with them to live and farm the land from 870 A.D to 930 A.D. Current studies of Iceland’s inhabitants and animals have revealed a consistency in DNA, language, government, sagas, and animal husbandry that are historically unique to a much earlier century. The Viking Sagas dating back to 1068-1148 explained in detail who settled where and how they lived.

DNA studies show that the Icelandic citizens are approximately 60% Viking blood and 40% Celtic. Icelanders are well versed in their genealogy and even have a government sponsored genealogy search engine at their disposal. Most folks can determine their heritage back at least 6 generations. Our guides were cousins five times removed, which is typical among Icelanders. The Icelandic horse is a beautiful creature and similar DNA studies were conducted. They are Viking animals that evolved into a special Icelandic breed, much treasured and sought after by Europeans. Icelanders are so protective of their horses that non-Icelandic horses are not allowed in the country, and any Icelandic horse that leaves the country, including for horse shows, cannot return. Today, 80,000 Icelandic horses live in the country, or one horse for every 4 people.

Our guides explained that the language of Icelanders today more resembles old English than current English. It has letters and sounds completely foreign to most Europeans. Just try to pronounce “Jokusarlon” (site of glacial lagoon), or “Kirkjubaejarklaustur” (site of first heretic burning in Iceland).  Icelanders use their first name for identification. Last names are the first name of either parent with the suffix “son” or “dotter” depending upon which one they use.  Because of this, indexing, such as in the telephone book, is by a person’s first name.

As I mentioned, Icelanders eat a great deal of fish, which is plentiful. Reindeer, mutton and some birds are consumed, but their primary diet is fish and root vegetables. This, plus their very pure glacial water and clean air contribute to their extraordinary life expectancy (males = 79.9yrs, females = 83.3 yrs.) and low birth fatality rate. Iceland has the second lowest birth fatality rate right after Singapore (Wikipedia). There are no McDonald’s Hamburgers in Iceland. Fast food is rare, however I spotted a SUBWAY Sandwich Shop in the capitol. There are no billboards and very little advertising to be seen. I saw one sign advertising whale-watching in our final destination, Akureyri. Even though European cruise ships stopped in this same town, I did not see the commercial flotsam that usually accompanies them. In spite of their recent economic collapse, Iceland’s tourism industry is growing.

As we traveled, we saw several geothermal and hydroelectric power plants. They provide 70% of the Iceland’s power and over 99% of its electricity. Electricity is about the only thing inexpensive here because most material goods are imported.

Icelandic society is one of the most literate countries with more books published and read per head than any other country (Insight Guides: Iceland 2011 Apa Publications). Public education and university education is provided at no cost, as is their hospital care. This provides for a rather high standard of living despite their recent economic downfall.

Besides being long-lived, the Icelandic people are hard workers. And in spite of the generous Icelandic welfare state, their Protestant work ethic is very strong, with many people working two and sometimes three jobs. In fact, not working is considered shameful. Their current unemployment rate is 7.6% (Wikipedia).  The recent Icelandic financial crisis brought about “uncharacteristic amounts of wrath” from countrymen who could not accept this failure when they had worked so hard.

As we traveled and hiked the perimeter of Iceland, we heard colorful and elaborate stories about trolls and elves from our guides. Polls show that a majority of Icelanders believe in elves and spirits. Stories have been handed down for centuries and we heard several of them. For example,  Trolls live in Iceland’s mountains, elves or “hidden people” appear throughout the land, and gold is hidden behind waterfalls or mountain passes.

I found that Iceland is Moby Dick, Hans Christian Andersen, Little House on the Prairie, Wizard of Oz all wrapped up on an island the size of the state of Kentucky. During our journey we found ourselves singing along with our guides and being entertained by local musicians. Icelanders are known for their music, as well as their written word. Many folks can play music and most love to sing. The new and very impressive opera house in Reykjavick is testimony to their commitment to music.

The Icelandic people seem to take little for granted. I observed a sincere respect for their pets and livestock, as well as the animals in the wild. For example, I saw no stray cats or dogs. They appreciate every ray of sunshine, the glaciers that provide their water, and the hot lava below that provides their energy. I learned much more than expected and was reminded once again of the virtues of a simpler life, and the peace one finds in nature’s beauty.

ICELAND – MYTH OF THE TROLLS 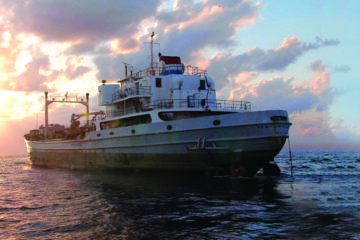