The Hillsboro Lighthouse will celebrate its 110th anniversary this March. 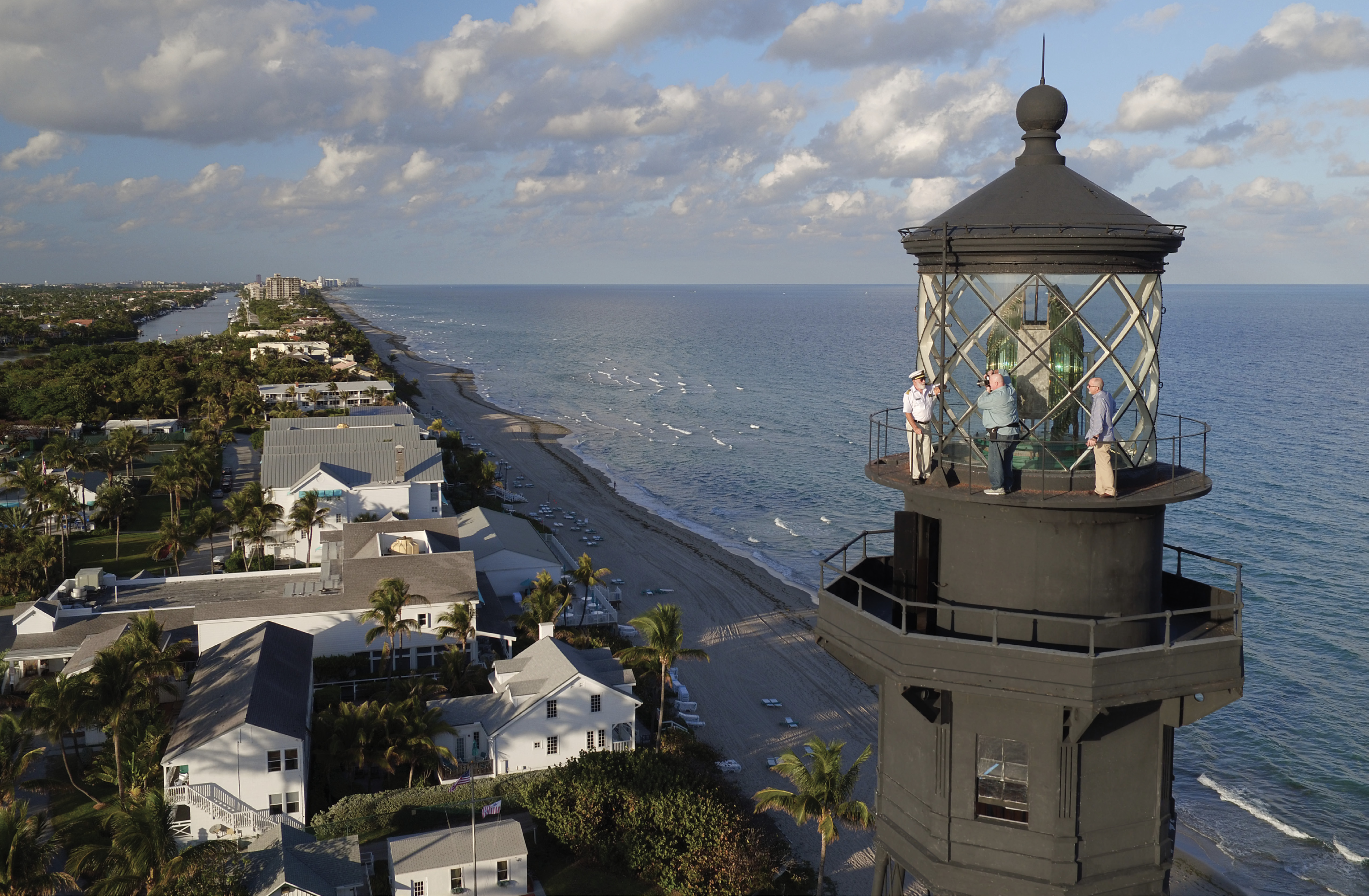 The Hillsboro Lighthouse will celebrate its 110th anniversary this March. In honor of the lighthouse, Art Makenian, the lighthouse keeper for almost two decades and the former President of the preservation society, shares his passion for the nation’s brightest lighthouse and Broward County’s oldest functional structure. 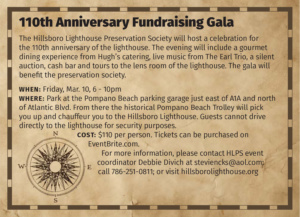 As 81-year-old Captain and lighthouse keeper Art Makenian steps out onto the top ledge of the Hillsboro lighthouse and peers north toward Deerfield Beach, his gold-rimmed aviators reflect the image of the coastline. From up here, the world looks like geographic puzzle pieces. I can see the shape of the Hillsboro Mile island, the Intracoastal waterway slicing it away from the mainland. As we circle around to face south, we admire a multi-million dollar luxury yacht cruise out the inlet. Art points at the second deck of the boat.

Then he points down to the coast below at a translucent turquoise section of water just to the left of the jetty.

“Look there, at that patch of coral,” he said. “A lot of times you can see a few sharks swimming back and forth by that reef.”

There were no sharks that day, but the water was majestic. Before we had made our way to the top, I had asked Art what he liked about tending the lighthouse so much. He has been doing it on a volunteer basis for 19 years as a part of the Coast Guard Auxiliary and preservation society. He responded, “When we get to the top, you’ll know.”

He was right. After trudging up the 175 spiral steps and stepping out on the ledge, I knew. The salty sea air refreshes your skin. You can feel the sunshine warm your face. The ocean stretches out for miles in front of you and the birds eye view of Lighthouse Point and Hillsboro Mile makes the world feel smaller. The breeze rustles nearby palm trees and birds chirp. I felt above the world, on the edge of the earth. The lighthouse is an oasis.

“On hot, 95-degree summer day when the city is scorching, I’ll come up here with a lawn chair and read an entire book in one afternoon,” Art said.

He reads a little bit of everything, which allows him to hold an intelligent conversation on just about any subject. He is well read, well traveled and loves learning, but is especially fond of technical books about engineering feats and mechanical wonders. He was in aviation for most of his life: He was a graduate mechanical engineer at the Polytechnical School in Italy, joined the PanAmerican airways for 17 consecutive years, eventually became a pilot, flew all over the world, later sold jet engines for General Electric and had his own company. He was born in Alexandria Egypt, met his wife in Beirut Lebanon and speaks multiple languages. He joined the Coast Guard Auxiliary thirty years ago to gain a better understanding of boats, but his expertise in engineering eventually led him to be recruited in 1998 to maintain the lighthouse. He knew nothing about lighthouses at the time, but used his knowledge of mechanics to self-educate himself.

“All these things contributed to my getting involved with the lighthouse because basically it is a mechanical function,” Art said. 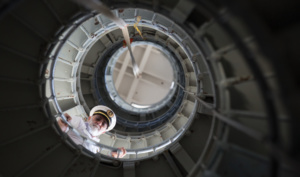 Art is an engineer at heart. Inside the lighthouse he has tacked up drawings of the mechanical structures that make the light glow, the eye spin and the tower stand. He has two versions of drawings — one when the light used to spin floating atop a base of mercury, the other one after Art helped a team of mechanical engineers convert the lighthouse to a ball-bearing rotational system (a strugglesome feat that took four years). Art hands me a sample of a giant ball bearing and carefully explains how the motor makes the light structure rotate. Then he lets me mount a few steps to look at the actual bulb and the expensive lenses that refract its light.

Going up into the heart of the light is like crawling into the center of an enormous diamond. The bulb is surprisingly small — only a few centimeters tall — but the remarkable French lenses that surround it are stunning. They are thick, arched pieces of glass that form a sphere around the bulb. In the daytime, when the bulb is off, the lenses catch the sunlight and glisten creating subtle glows of green and blue, much the way an expensive diamond shimmers. At night, these same lenses refract the light, shooting a beam out to sea a whopping 28 nautical miles. The Hillsboro lighthouse projects the light further and brighter than any other lighthouse in the nation. As the bulb and lenses rotate, it makes the light rhythmically flash and spin.

I was intrigued by how complicated it all seemed. Suddenly the need for a wise mechanical engineer like Art to maintain the lighthouse became obvious. Before coming to the lighthouse, I had been under the impression that the lighthouse was just a large coastal light. But as Art carefully explained the parts and their mechanical functions, his role became vastly more interesting. His expertise in engineering and obvious passion is what makes him the perfect keeper.

On one of the walls inside the lighthouse, Art has tacked up a chart with mathematical equations showing the stability of the lighthouse under various wind speeds. At one point, Art tells me, the lighthouse survived a category five hurricane that literally tore the homes along the coast right off their foundations. The lighthouse stood up to the force of nature even better than calculations projected. Its survival, Art said, makes the lighthouse the oldest functional structure in all of Broward County. 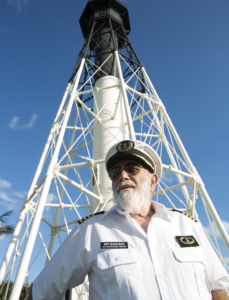 When the lighthouse was built in 1906 (from castings made in Detroit Michigan and lenses made in France) it was the only structure for miles. The area was completely barren. In 1901, the coast guard had determined there wasn’t enough navigational light between Jupiter and the Florida Lighthouse in Biscayne Bay, so they chose to build the lighthouse on an empty patch of land in between the two. In 1903, they appropriated the money, and in 1906, the lighthouse was constructed. A few cabins were built around the base for the lighthouse keepers, but other than that, the area was a no-man’s land.

Now, there are still cabins around the base of the lighthouse, which currently serve as a peaceful getaway for military families who want to visit the base and enjoy the Florida coast.

The functional necessity of the lighthouse is currently debatable. Art says that with the advance in GPS technology, there really isn’t a navigational need for the light. However, Art would argue there is absolutely still value in the lighthouse.

“I’m a captain. I love lighthouses. Not because I love lighthouses and their structure, but because I love to see that light in the middle of the night when I am in the middle of the ocean and there is absolutely nothing. Everything is black,” Art explains. “You see that tiny light and the beam. It reminds me. It makes me feel more relaxed, more confident, and I know that’s home. I just look at it and keep going to it. Don’t forget that a lighthouse is the symbol and icon of hope. That’s what the lighthouse means. That’s the value of it.” 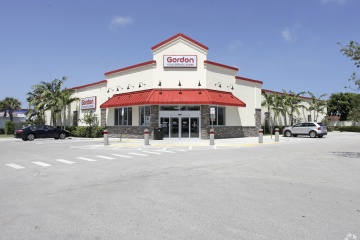