The Threat Looms Large As Communities Try to Cope

Q:  Do you believe that citizens in America should have the right to bear arms?

Q:  Why do you believe this?

Licata:  Based on the second amendment, that’s our constitutional right and one of the most important things our forefathers wanted for us.

Q:  Do you think anyone should be allowed to own assault rifles?

Q:  At Gun Shows in the United States, fire arms can be bought by and sold to private citizens without first conducting a background check, and with no regard to the fact that not everyone at these shows possess a Federal Firearms License. In your opinion, should these exchanges be allowed at these events?

Licata:  I don’t believe that they should. If they do, it should be done through a dealer, requiring an appropriate background check.

Q:  On December 14th, 26 innocent people were shot and killed in Newtown, Connecticut at Sandy Hook Elementary School by an armed intruder. In your opinion, should there be more protection in American schools against armed intruders?

Licata:  Yes, there should be. More government intervention is taking place and more local governments, police departments and school districts are getting involved.

Q:  Do you think teachers should have guns?

Licata:  Personally, I don’t know that allowing them to carry guns in schools is the best thing. What If a teacher is occupied and a student gets hold of her gun and accidentally kills another student? So I’m not totally in favor of that.

Q:  The CEO of the NRA Wayne LaPierre believes that the solution for protecting our children is to “put armed police officers in every school.” Do you agree?

Licata:  In the perfect world, yes I do. Realistically the cost could be as much as 4 to 5 million dollars. Would it stop every act of violence? Not necessarily. The government has been talking about subsidizing certain cities and schools to allow for that to occur. That would be a good thing.

Q: Could metal detectors be one answer?

Licata:  If somebody was hell bent on rushing into a school with a weapon, I’m not sure a metal detector would stop an act of violence from happening.

Licata:  No, I don’t agree with that.

Q:  Do you think people with a mental history should be allowed to own firearms?

Licata:  No. People with a mental history that have a propensity for violence should not be allowed to have, carry or purchase a firearm. But it might be suggested that doctors believing a patient may be contemplating a violent act should have an obligation to report that to law enforcement.

Q:  Do you think there should be a national database of people having serious mental issues?

Licata: Yes. It will probably going to be looked upon by people as a violation of their privacy and rights, but there’s going to have to be some give and take to provide the protection that we all expect.

Q:  Should high-capacity magazines be sold to just anyone over the counter?

Licata:  I don’t think so. I’m not opposed to people buying guns for a legitimate purpose, it’s their constitutional right to do so. But I know that the International Association for Chiefs of Police is opposed to people having high-capacity magazines.

Q:  How long should the waiting period be for those who are looking to acquire a firearm at gun shows or gun stores?

Licata:  The easy answer would be long enough to do an adequate background check. It’s three days now, but I wouldn’t be opposed to seeing a five day waiting period.

Licata: Maybe there’s a definition in that statute that gives a little bit more clarity as to what a person of sound mind is. I’ll give you an example: we had someone that had a mental disorder involved in an incident here in Lighthouse Point. We had to respond to the person’s house and seized their weapons because we felt that they were not of sound mind to own firearms in their mental state. We have since refused to release these guns based on the language in that statute.

Q:  Do you agree with the age restriction of 18 in order to purchase a firearm?

Licata:  We’re not seeing an overabundance of people turning 18 years old going out and committing acts of violence. Criminals that have a history of committing violent acts are getting their guns through illegitimate sources. And firearms dealer precautions are being taken to make sure that guns are not going into the hands of the wrong people. I think that juveniles that commit violent acts with weapons should remain on their record with no chance of it ever being expunged.

Q:  Should gun training be required for anyone planning to purchase a gun?

Licata:  Yes. I’ve seen too many accidents where people who are unfamiliar with firearms accidentally discharge and hurt themselves or others. There should be a requirement for comprehensive training before one is allowed to own a firearm, and how firearms are stored and properly kept so young kids can’t get their hands on those firearms.

Q:  President Obama has said that there will be a “concrete set of proposals, no later than January,” which he just announced recently, relating to gun laws. What do you hope he includes in these proposals?

Licata:  One of the most important things has to do with the sale of guns on the internet and the sale of guns at gun shows where people are able to sell guns without going through the regular procedures of having background checks on individuals. This could be the cause and creation of a big problem in this country. This is one in particular that we really need to see.

Q:  Gunbroker.com is a website that is essentially eBay for anything gun related. Do you think websites like this should be legal?

Licata:  I’m not entirely opposed to people buying guns over the Internet, as long as they go through someone with a federal firearms’ license. And Typically, when a gun is sold its sent to another gun shop where me as the purchaser would have to go and then go through the waiting period and background check before you can actually take possession of it.

Q:  Do police organizations lobby against ownership of automatic weapons by the general public?

Q:  Are there laws that say if you’re a gun owner you should have it their firearm secured?

Licata:  No. You’re responsible if you’re a gun owner. As an adult, you could be held liable, if you’re not properly securing your weapons and your children or anyone living under your roof gains access. 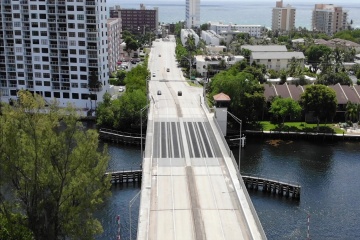