The Pompano Beach CRA will be making significant improvements to the property located at 11 NE 1st Street to attract a restaurant operator.

The Pompano Beach Community Redevelopment Agency (CRA) has plans to transform a former laundromat in Old Town into a restaurant space with an indoor/outdoor bar and a rooftop seating area. The space has been dubbed the “Wash House.”

The CRA Board, at its meeting on June 15, authorized the expenditure of $350,000 for exterior and interior improvements to the property, located at 11 NE 1st Street.

The CRA purchased the structure in September 2019 for $1.2 million, after leasing it for five years. The property is an anchor site that is pivotal to the redevelopment of Old Town as an arts and entertainment district, according to CRA Project Manager Kimberly Vazquez.

The CRA demolished the approximately 6,100-square-foot interior space down to dirt floors in an effort to make it easier to install new utilities and attract a restaurant use.

The property, which has been vacant for roughly seven years, was subleased by the CRA to a restaurant operator who subsequently requested the sublease be terminated. Since that time, the space has been shown to potential tenants who have expressed interest but were dissuaded by the cost to renovate it, Vazquez told the CRA Board.

In its current condition, with stucco and paint peeling off, the property is creating blight to the block, said Vazquez.

With a vision in mind, the CRA hired DK Architects to provide conceptual designs and a budget for improvements to the building.

The plan is for the improvements to be done in two phases. The first phase will involve the exterior of the building, including opening the corner and west side of the building and creating the indoor/outdoor bar area, new door entrances on the west side (which faces Flagler Avenue) and the south side, roll-down windows, exterior finishing work and pilings for elevator installation.

The goal of investing CRA funds in the property and providing the infrastructure is to attract a successful operator to the location, and to reduce some of the risk for the operator, said Vazquez.

Mayor Rex Hardin noted that because other restaurants will be opening in Old Town – South Bar & Kitchen and Papamigos – “you don’t want to have an eyesore there.”

The Northwest CRA Advisory Committee reviewed the proposed improvements and budget for the project at its June 7 meeting, and unanimously approved moving forward.

“It’s very exciting, and something we need to do,” said CRA Director Nguyen Tran. “It’s creating a destination in Old Town.” 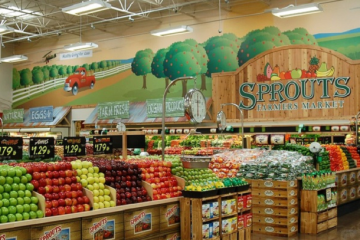