IGNITING THE FIRE
After my interview with Ken Burns and Lynn Novick at Cap’s Place Restaurant in June, the Amish saying, “Ve get too soon oldt, undt too late schmart” keeps running through my brain.

Not ever having been a serious student of history, before the interview I was sure to research, as best I could in advance, the multitude of subjects covered in his award-winning documentaries aired on PBS during the years, beginning in 1981. A somewhat daunting task, considering the time I was able to allot to the project. Needless to say, I found Mr. Burns to be a brilliant, intriguing and dedicated man whose passion for his work in documentaries is quite beyond description— only because there are no adjectives that would do him justice.

As a result of this experience, I am in the process of viewing and reviewing as many of Burns’ documentaries as time allows, covering such diverse subjects as the Civil War, baseball, jazz music, Mark Twain, Thomas Jefferson, Frank Lloyd Wright, Jack Johnson, Statue of Liberty, the Brooklyn Bridge, the National Parks, the 2nd World War, the Congress. Lewis & Clark, just to name a few. How uncanny that I should find this moment of discovery with such a wealth of information at my very fingertips — information to make me rethink in such a way as to further open up my mind. It’s a close race, but I’m fighting like hell not being “too late schmart,” —and can’t thank Mr. Burns enough for igniting the fire.

UNFULLFILLED PROMISES
I just hate it when someone promises something, but never follows through, don’t you? Here are some examples:
1. Obama made a 2008 campaign promise to make available an affordable health plan for all Americans with coverage similar to that available to members of Congress. Any news?
2. Congressman Anthony Weiner’s was obviously guilty for his blatant disregard for the truth regarding his lurid dalliances. His ability to serve responsibly had been comprised by his lying to the American people. Strangely silent were many Congressman possibly fearing a similar fate if found out… tsk, tsk!
3. As more and more stories circulate about the possible involvement with other mid-east countries, one wonders what new lies will be spun to justify the next embarrassing military disaster?

St. Thomas - Gem of the Caribbean

Deerfield Beach I-95 Crash: 2nd Child Dies, “Our Children are gone. We are totally broken” 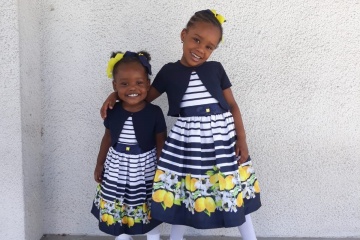