As if “In God We Trust” wasn’t a given fact with most people in America, the House of Representatives passed a bi-partisan resolution on Tuesday, November 1st reaffirming In God We Trust as the official motto of the United States. The American people thank you for once again by wasting precious time in a sad attempt to distract all those in desperate need during a national crisis, a crisis so devastating that the collapse of countries on two continents lay in the balance. Congratulations for nothing!

A few weeks ago a special committee, laughingly dubbed “the supercommittee,” fell on their set-in-stone partisan faces, only to add to the sad, pathetic machinations of a do-nothing Congress. And the one-percent, unapproachable, untouchable zillionaires continue to find tiny loopholes provided by present government laws that are specifically designed to allow these skinflints from paying their fair share of taxes. We wonder what blood, sweat and tears they may have given that gives them the right to ignore their fellow man. Live in shame!

Whether or not you agree with the “Occupy” movement growing around the entire continent, the use of pepper spray directly into the faces of protesters by police at the UC Davis campus in California, and caught on videos that went viral, globally, is a disgrace to a nation that is supposed to respect and enforce First Amendment rights. More and more often we are beginning to see laws bent, twisted, manipulated and squeezed to accommodate a small, self-serving segment of our society, while the rest suffer the consequences. So Congress, and all other transgressors, let it be known that lemmings we are not… and truth will out!

I write this editorial on Thanksgiving morning. Except for an occasional dog bark, it’s peaceful. The phones aren’t ringing and Berkel is asleep at my feet. I haven’t reached for the TV remote, so any inkling of any new disaster that may have occurred during the night has not yet come to light.

As discouraging and threatening as the entire world situation may be, I still have childish fantasies, believing that some comic book character will suddenly come to life and save the world. Hey Superman! Hey Spiderman, we need you!

I’ll spend today with my family and give thanks that we can still enjoy such privileges, yet give prayer and try to do more in helping those American families who remain in such desperate need. Let’s count our blessings. Happy Thanksgiving! 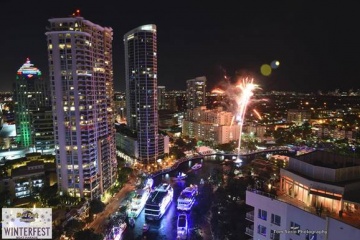