Hey Kids, Look What Stella Did!

When I received word from my friend Krista Martinelli that her 8 year-old daughter, Stella, had produced a four-minute music video on her Apple iPod Touch device, I was floored (See page 23).

Stella had taken 501 photos of her American Doll in making this animated film. And then, when her mom told me the film had been entered in the 4th Annual L-Dub Independent Film Festival and would be premiered at the Stonzek Theatre in Lake Worth on September 28th, I totally lost it!

As much as I think technology can be a detriment to some children who use cell phones to only become caught up in a world of social networking, here is a case where a hi-tech device was used to create something wonderful, and could very well lead to a happy and productive life for Stella Martinelli.

A Thank You From the Bird Lady

I can’t even begin to tell you how pleased I was with your story! I had no idea I would be on the cover, and how extensive the article would be. I am most happy about getting the information out to so many people that there is help for wildlife, and a place it can be taken. I can’t thank you enough.

It was a pleasure to have worked with you. Please tell Debra Todd that I really loved the photos she took. The magazine spread is a wonderful legacy for my grandchildren to keep.

Thank you again, and much success!

Our Country Is a Rudderless Ship

With our Government in a shutdown, Congress has again reinforced the opinions of millions of Americans that those they were so foolish to elect to office have no intention of serving the people.

Yes, Congress has proven to be a self-serving gang of complete blockheads, undeserving of the positions they hold in government.

It’s absolutely mindboggling that the people we put in control of our government have no idea how to govern! The American people are leaderless, being held hostage aboard a rudderless ship — and that ship is about to sink. 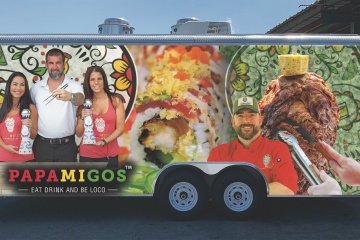