A DEMOCRACY OR KLEPTOCRACY?

Events of the past four years has convinced us that most members of our Congress have become more concerned about their own personal future electability than the needs of our people.

We now witness the words of our Constitution being wrongly interpretated by a group of mindless newbies in Congress who have mustered the power to convince the old guard that there can never be compromise with our present administration.

The disregard for the freedoms our Constitution provides has created a miasma that pervades the entire country and in its wake destroying our infrastructure, our will, our faith and the belief in those people we elected to serve us — the American people.

So, here’s the simple choice: Do we want a Democracy that truly caters to the needs of all the American people, or what we actually have now, a Kleptocracy that steals, robs and sucks the blood out of everyone, except a chosen few? Take your pick!

SUPERKIDS — WHERE ARE YOU?

This month we feature 12 year-old Tyler Painter, 6th grader at St. Coleman’s Elementary School as SuperKid of the Month. You may read about Tyler’s accomplishments on page 16 of this issue.

We have not had as many SuperKid submissions as expected after beginning this feature some months back, in cooperation with the Lighthouse Point Chamber of Commerce.

Now that cell phones and social networking are the center of the universe for most children, it sure is a breath of fresh air to witness a child who realizes the importance of the arts and sciences.

So, come on parents and teachers, let’s show our appreciation to the children that do make a great effort to better themselves through hard work. Lighthouse Point Magazine applauds these special students and encourage you to support them in their efforts, as well!

It’s a viral scourge affecting our children and now an out of control contagion spreading to adults, as well!

Call me a prude. Call me old fashion. I say this inexcusable behavior must stop! Ya know what I’m tryin’ to say? 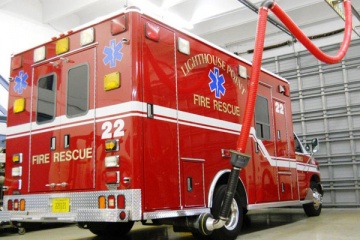