I recently received a letter from a fine gentleman from Lighthouse Point I’ve known for a number of years, and have great respect for. He was responding to an editorial I had written in the September issue.

Before I had a chance to respond, he wrote, “I will guess that you and I, like Congress, are going to be at an impasse, each of us stubbornly holding on to our opinions and refusing to compromise.”

Having no affiliation with any political party, I have the freedom to be a free thinker, whereby my decisions are not governed by, nor set in stone by some person, or group of persons. For that reason, the state of flux and chaotic goings on in both parties are not something I want to be involved with, nor be a part of.

Simplification of that theory can be explained easily by a question: “if someone thinks it’s a good idea to jump off a bridge, would you?

Both parties in Congress, beholden to each other through acts of favoritism, cronyism, egoism and a host of other isms, is clearly two distinct groups, living and governing, strictly with a myopic world view, thinking they have been endowed with special powers, and seeing no need to honestly and intelligently address issues of great importance fairly. It seems as though living their life in a bubble has become the way to deal with crises. A member of Congress not brazen enough to think for him, or herself is in for a rough ride this time around.

My respondent thought my reference to elected officials in Congress as servants of the people was “a demeaning term.”  However, the dictionary interpretation clearly describes a servant as “a person employed by the government.” Soldiers serving our country are considered servants of our great country. Is there something demeaning about serving our country? Therefore, if there is to be any clarity in debating any subject, semantics certainly cannot become a contentious issue and serious cause of impasse.

Existing harmoniously with the people they were elected to serve takes more work than many in Congress are willing, or able to accomplish. Until that changes radically, the current condition will continually deteriorate. Personally, I’m willing to listen, be open to compromise, and then choose a party, as long as there is some basis for fact.

As November 6th approaches, no matter how exciting the barrage of oratorical spin may get, please be sure to remind our “leaders” that there is still nothing more admirable in life, and sanctifying to your soul than the plain, incontrovertible, boring truth! 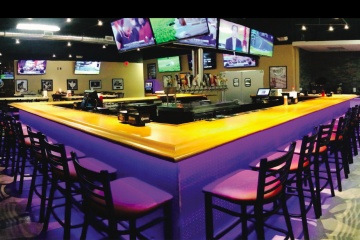