An Embarrassment to Every American

On August 5th, 1964, President Lyndon Johnson’s lying eyes told the American people that the North Vietnamese had attacked us in the Gulf of Tonkin. As a result, tens of thousands of American soldiers and millions of Vietnamese lost their lives in the only war America has lost.

I have lived long enough to look into President Richard Nixon’s lying eyes on television in November of 1973, as he lied to millions of Americans when he said, “I’m no crook!” Nixon was defending his record in the famous Watergate debacle. He resigned the presidency in shame soon afterward.

I watched President Bill Clinton’s lying eyes on television, as he lied to millions of Americans when he said, “I did not have sexual relations with that woman!”

Incredible, outright lies concerning weapons of mass destruction by members of the Bush Administration shortly after 9/11 sent us into war, killing and maiming thousands of American soldiers in American history’s longest and never-ending war.

Now, here we are, in an embarrassing political campaign with our beloved country desperately calling out for TRUTH, and all we get are television HATE ADS filled with LIES, LIES and more LIES!

The denigrating rhetoric of HATE and LIES in this political campaign are bombastic barrages of untruths that sinks America’s position in the eyes of the world to a record low.   And the embarrassment never seems to end.

In America, the land of the brave and the free, the very latest and last straw is witnessing the criminal attempt by a political party to disallow certain American citizens the right to vote for the sake of winning an election.

At press time, I believe we still had the right to express ourselves freely, so Americans, please shout it from the rooftops and let it be known that we are unabashedly ashamed of a political system that is completely broken— with no solution in sight. Or just live with the shame! 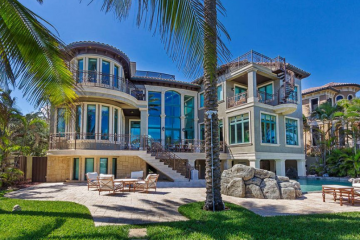