The senior class president at Pompano Beach High School wrote a heartfelt letter to actor and former professional wrestler Dwayne “The Rock” Johnson, asking him to be her graduation speaker.

“I think of you as an inspiration to our youth, to help remind us that hard work, positivity and perseverance will pay off no matter how hard the road might seem,” wrote Lorraine Angelakos, according to the actor.

“Most commencement speakers and celebrities are sought for after you complete college, but I think the time is now in your senior year when some students won’t have that luxury to attend college.”

“With the help of someone like you, you can inspire them. They deserve it now with you as their inspiration.”

Lorraine’s letter touched on a video that Johnson made earlier for his fans. In it, he asked the question, “Where are you?”

Taking to Instagram on Monday, June 15, 2020, Johnson recalled his previous video and said: “Where are you? I was speaking to leadership. Where is that leader?”

The Rock read Lorraine’s letter in full and shared how hearing from her helped assure him that the next generation is ready to meet the challenge of leading the country in a hopeful direction, especially in the wake of sweeping civil unrest.

“Like you, I believe the same: As one door closes, another one opens,” Dwayne said, reading directly from Lorraine’s letter. “You just have to have the drive and willpower to go through that next door and give it your all.” He then said that the letter from Lorraine was more than what he expected.

According to the actor, Lorraine included a line that stated, “As part of a good faith request, I have enclosed seven bucks as a downpayment for your services. It may not be much, but it’s something.”

If you’re a big fan of Dwayne Johnson, you might remember that he started in the industry with just $7 to his name.

He added, “Lorraine, I would have done this for free. I would have traveled around the world twice and back just to come and speak to you guys during graduation, had you guys had a normal graduation. I would’ve been there.”

Listen to The Rock’s address to the graduating class in the IG post below.

To all the high school graduates of 2020, Truth is, you’re the generation that will have the answers to the questions, we - as adults - are having a challenging time finding the answers to. My/our accountability to your generation is helping create the pathway to normalizing equality and showing that being compassionate, tough, empathetic, strong and kind are never mutually exclusive. And your generation will ensure that equality for all, through empathy and respect will remain forever. Thank you, Pompano Beach High School Senior Class President and Valedictorian, Lorraine Angelakos for this incredibly moving letter that resonated with me deeply. Remember, to put your money where your heart is and always let your heart, mana and instinct be your guiding North Star. We must become the leaders we’re looking for. And I can’t wait to see the leaders that you and all your fellow high school graduates become. Congrats, enjoy your summer, and keep being THE hardest workers in the room✊🏾🎓 DJ aka Mr. 2% #normalizeequality

Lorraine Angelakos, a graduating senior and valedictorian at Pompano Beach High School, was also selected for the 2020 United States Senate Youth Program (USSYP). Lorraine is president of her senior class and serves as an appointed member of the Broward County School Board’s Diversity Committee. She was also selected as a nonpartisan teen leader to participate in a Congressional Youth Cabinet to foster civic engagement and community service among young people. A mental health advocate, Lorraine created a nonprofit organization – Lolo’s Cocoa – to promote goodwill, positivity and conversations about the mental health of young people. 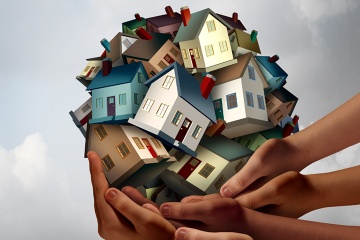