READ THE ARTICLE IN MAGAZINE FORMAT HERE. READ IN TEXT FORMAT BELOW.

As a 14-year veteran of the Pompano Beach fire department (first as a firefighter paramedic, then as a fire inspector) Victoria Burgess has practice challenging her body and mind to battle the elements — but in June, she’ll be challenging them in an entire different capacity. Burgess will attempt to set a Guinness Book World Record by paddling over 100 miles from Cuba to Key West on a stand up paddle board (SUP). On June 24, Burgess will fly to Cuba where her support team — a boat captain from Key West, a lifeguard, paramedic and her boyfriend — will convene to begin the journey. If the weather looks right, Burgess and her crew will leave Cuba’s port on June 27. Her crew will serve watch from the boat, keeping an eye on weather, water conditions and sharks, while Burgess will attempt to paddle the distance continuously in under 30 hours. If she does, she will be the first female SUPer in history to do so. In 2013, a man from Tennessee paddle-boarded the distance in 28 hours. Burgess’s personal goal is to complete the paddle in 25 hours.

Burgess, who grew up in Lighthouse Point, was a star athlete at Deerfield Beach High on the women’s softball team. She started surfing when she was 20 and fell in love with the thrill and power of the ocean. When the local waves and breaks began to change around Deerfield Beach and surfing became less prominent, her friends started pursuing SUPing. At first, Burgess was resistant to the change, but as she opened her mind and body to the new sport, something clicked. About four weeks after standing on her first race board during Labor Day Weekend in September of 2013, Burgess competed in a short course SUP race and won.

“I thought, ‘well this is pretty cool’,” she said.

Since then, Burgess has been progressing in the sport and participating in long distance events. In 2016, she competed in the 33-mile Molokai to Oahu paddle board competition in Hawaii, and in 2017 the 27-mile championship between Molokai and Maui.

“The one from Molokai to Oahu is known as a down-wind race where you really want it to be windy and wavy, and it was,” she said. “The seas were about eight to ten feet and windy. It took me six and a half hours to do the 33 miles.”

Her June attempt from Cuba to Key West will be quite different.

“We’re planning on the conditions to be calm for the most part,” she said. “And it won’t be a race.”

Though the distance is almost three times as long as what Burgess has previously completed, she said she’s not worried.

“I’m kind of hyperactive and the pace is a lot slower than what I’m used to racing,” she said. “I know I can stay awake — I’ve had tons of practice with that working in the fire department. As long as my nutrition is on point, I think I’ll be fine.”

To prepare, Burgess has been working with Dr. Jose Antonio from the International Society of Sports Nutrition to plan her regimen.

“Ultra distance is a different kind of beast,” Burgess said. “The research that we’ve been reading is all over the place…it’s just so different for everybody…you have to be careful with your body and how much you train before because you don’t want to get injured or burn out.”

Burgess has completed an eight, ten and twelve hour paddle in training. The toughest part, she said, might be mental. Her attitude though, as she puts it, is that “it’s just one day.”

“You can pretty much do anything for just a day,” she said.

Burgess first had the idea to complete the Cuba-to-Keys straight over a year ago. She applied for the Guinness World Record, but then found out how much the challenge would ultimately cost. The boat alone is about $9,000. Combined with the captain, permits to launch, exit and entry fees from Cuba and other incidentals, the total cost is close to $15,000.

“When I found out how much it was going to cost I kind of dropped the whole idea,” she said. “I said ‘there’s no way.’”

But when Burgess got a letter back from Guinness in November that she had been approved for the record attempt, her fire was re-lit.

“I said, ‘You know what, I’m going to do this. These kind of opportunities don’t come along all the time. I don’t want to, later on in life, say I wish I had done it.’ That’s when I decided I was going to do it,” Burgess recalled. “It’s been cool to be getting support from the local community.”

In fundraising for the challenge, Burgess also decided she wanted any excess funds she raises to benefit a good cause. Burgess is passionate about promoting women in their athletic endeavors. When she found the Women’s Sports Foundation, a non-profit that has been helping female athletes pursue their athletic dreams for over 40 years, she knew she had found a good fit.

“This is a great foundation,” Burgess said. “Women in every sport, they don’t have the same equality as men. In my case, I played softball my whole life. I was very good. And I didn’t pursue it because, in my head, I was like, ‘Well there’s no opportunity. How am I going to make a living?’ It’s the same way in a lot of other sports, too. It’s a shame because a lot of girls out there waste this talent because they don’t have the same opportunities that the guys do.”

The Women’s Sports Foundation tries to help bridge the gap. It was founded in 1974 by tennis legend Billie Jean King and is dedicated to ensuring all girls’ access to sports. Burgess hopes her endeavor will inspire other young women to conquer their athletic goals.

If you’d like to help Burgess in her endeavor and the Women’s Sports Foundation, visit Burgess’ GoFundMe page at gofundme.com/chicalibre. 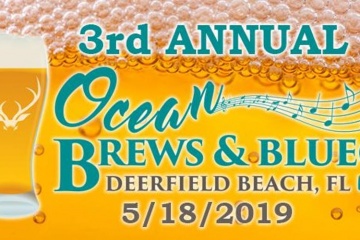